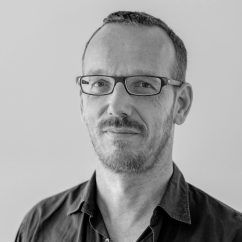 Bertram, formerly the North America based Partner of the global architectural firm Ateliers Jean Nouvel, has nearly 30 years of extensive international experience in high profile projects. His award-winning work covers a broad range of scales, programs and typologies, from performing arts centers and museums to residential towers. After graduating from the renowned architectural school at ETH Zurich, Bertram’s professional experience included periods with Rem Koolhaas and OMA in Rotterdam and Architecture-Studio in Paris, followed by 20 years as a Partner with the Pritzker Prize-winning firm, Ateliers Jean Nouvel. Managing major building projects in Europe, Australia and the United States allowed him to develop a deep insight into the makings of complex, high-quality architecture and the challenges of creating a unique response to the context and stakeholders of each project. Bertram holds his architectural registrations in France, Switzerland and Australia. In 2007, he led the winning competition entry for the MoMA Tower (53W53) in New York City. Bertram also headed the design and construction of the Guthrie Theater in Minneapolis, Minnesota, which was featured in the 2008 Pritzker Prize jury citation. Under his direction, One Central Park in Sydney, Australia, won the CTBUH Award for the Best Tall Building Worldwide in 2014.