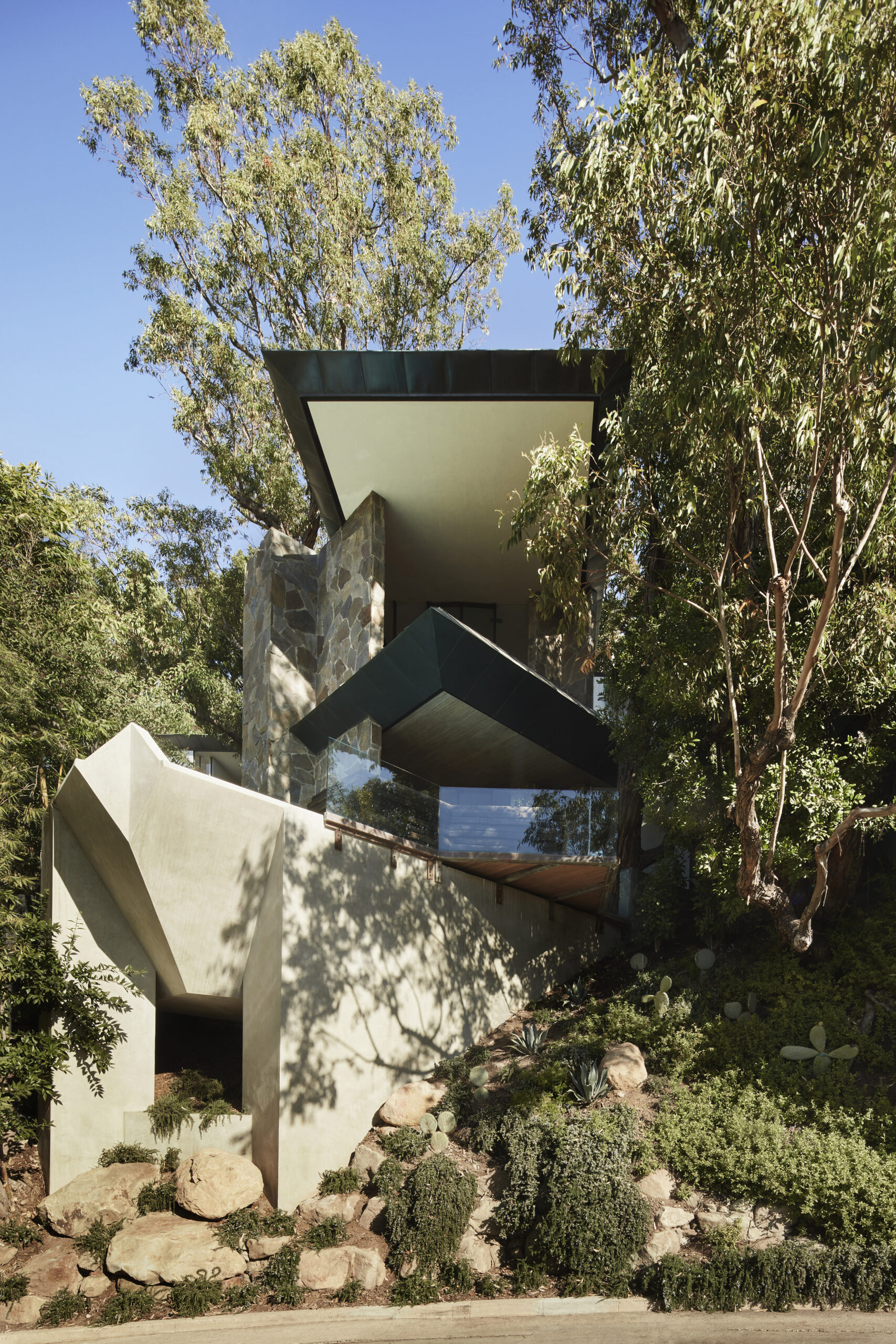 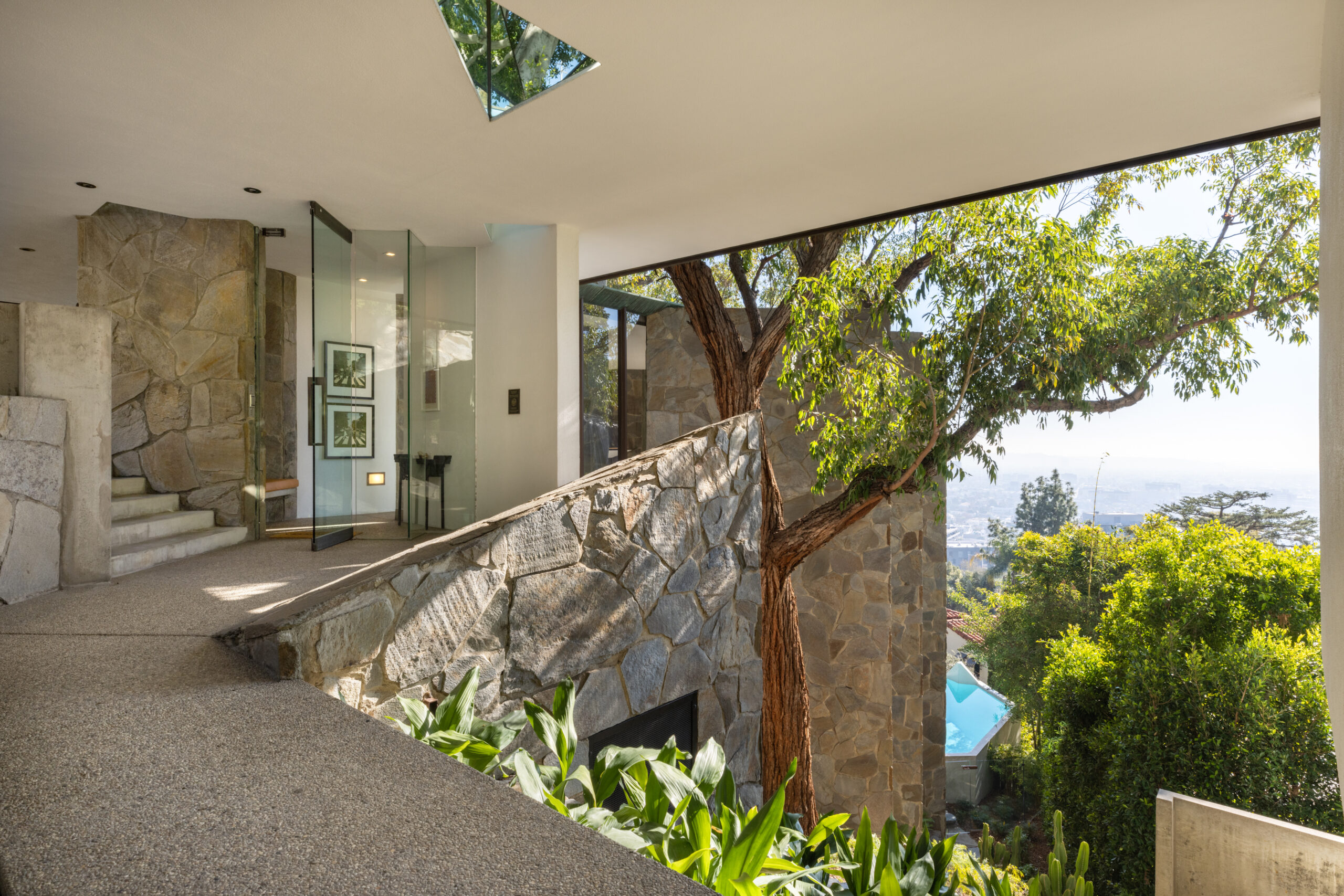 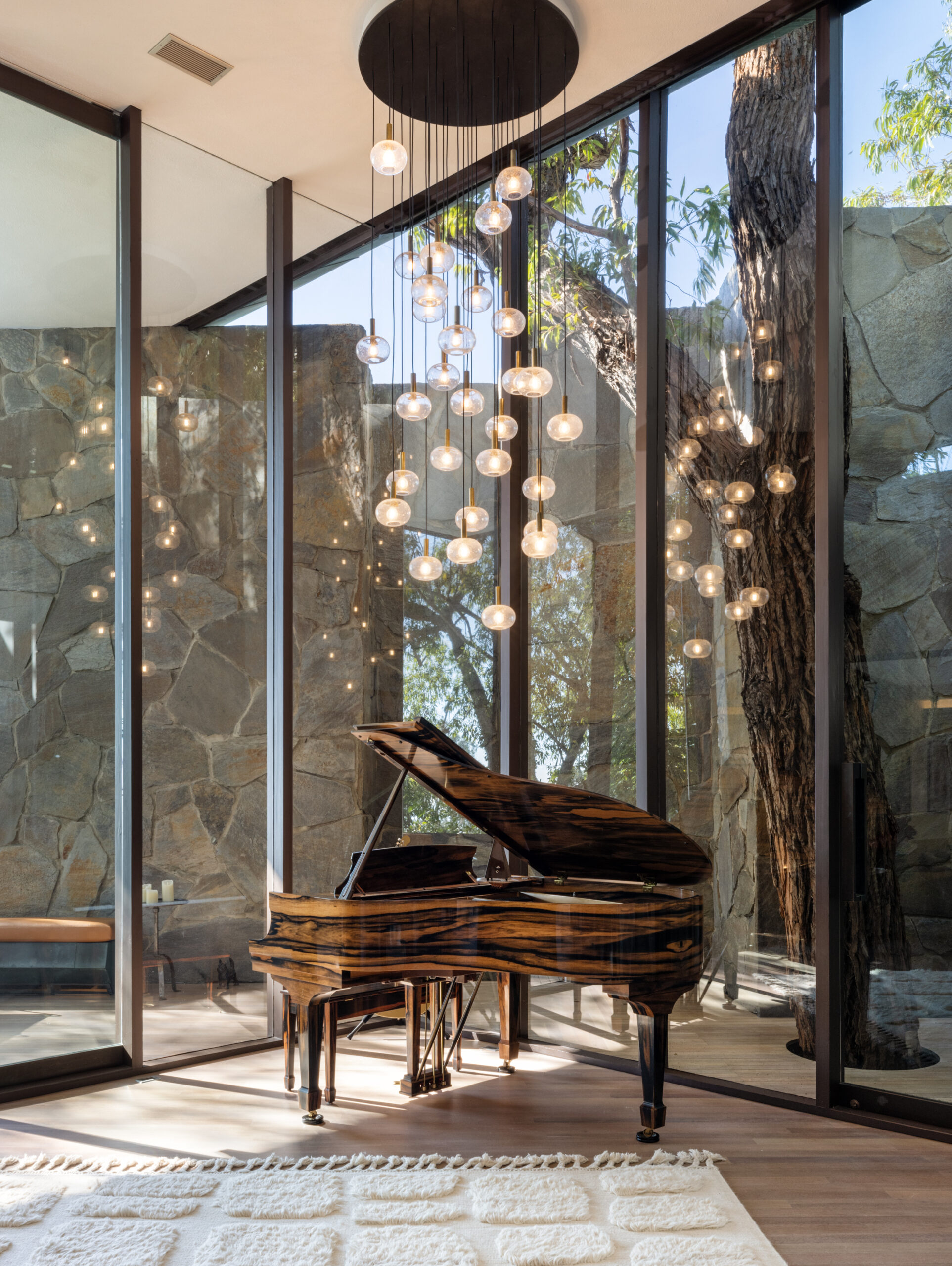 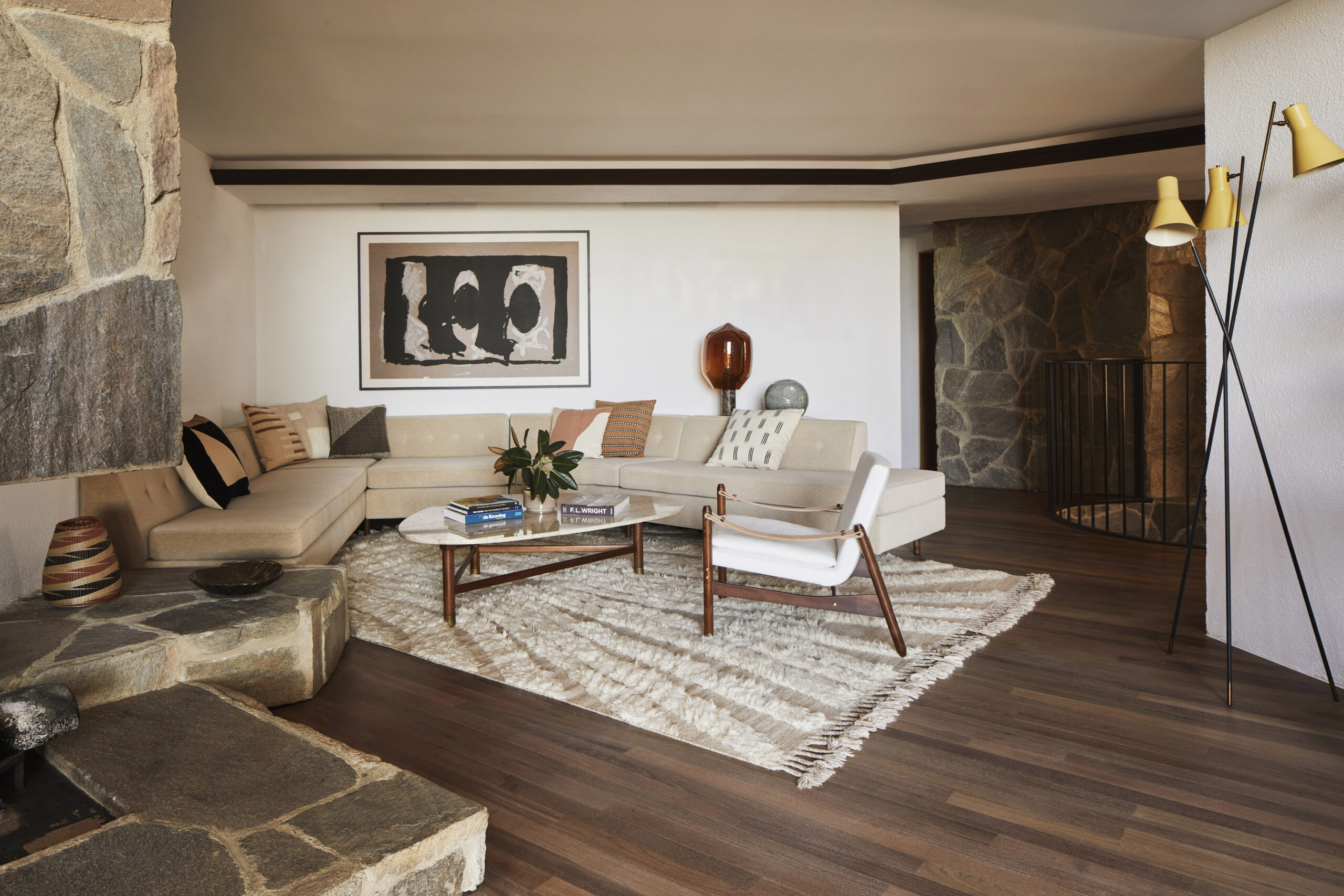 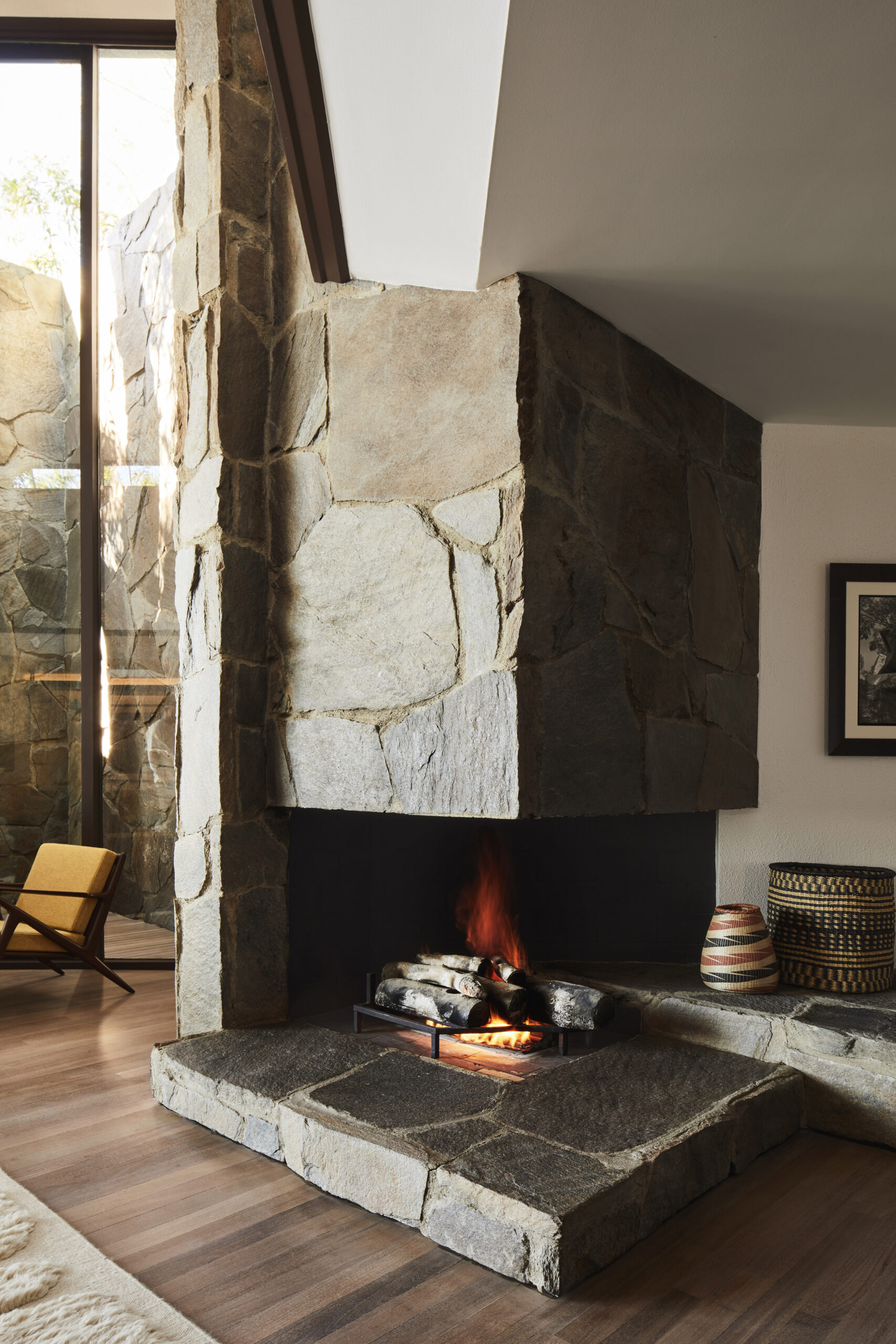 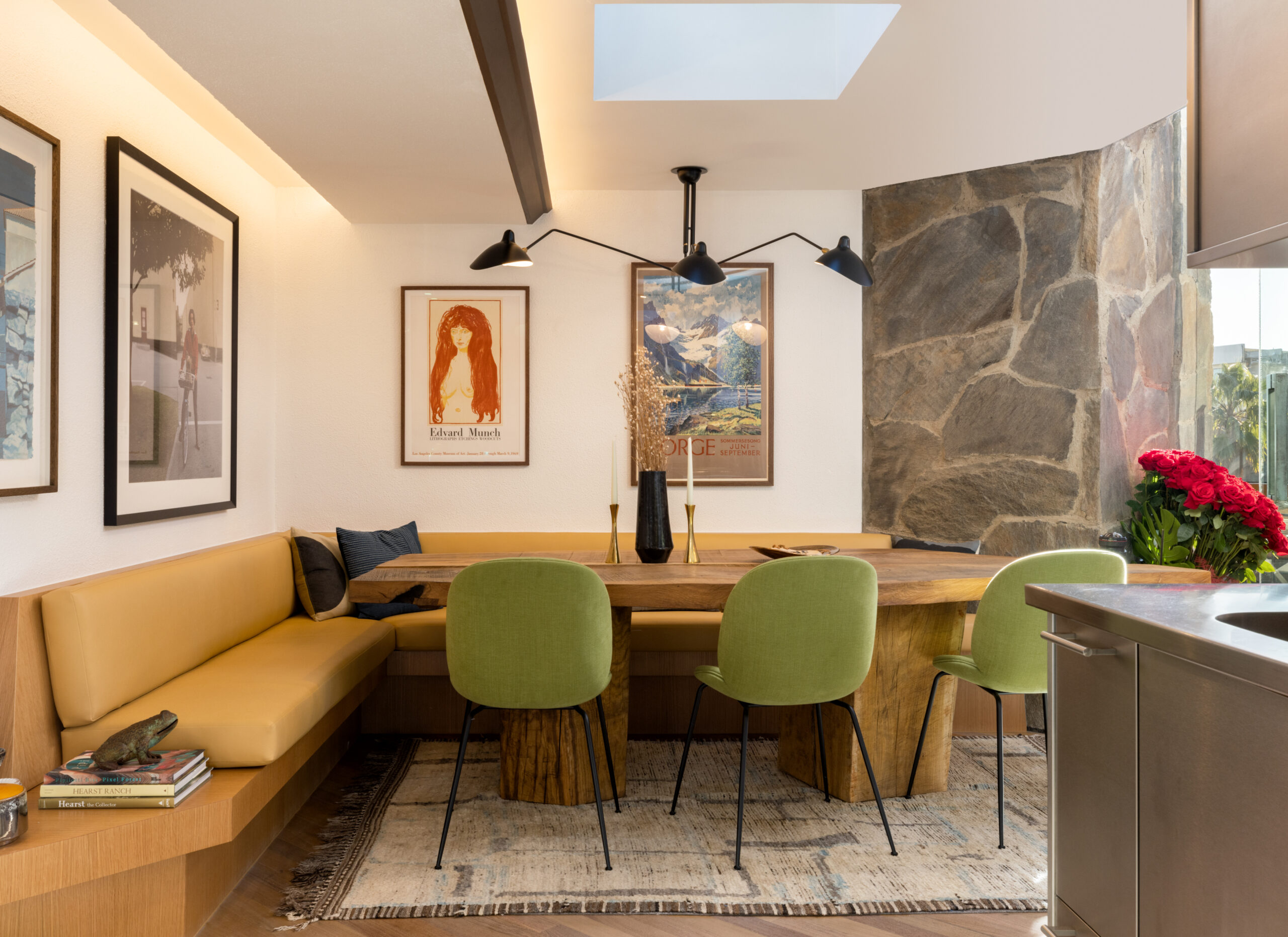 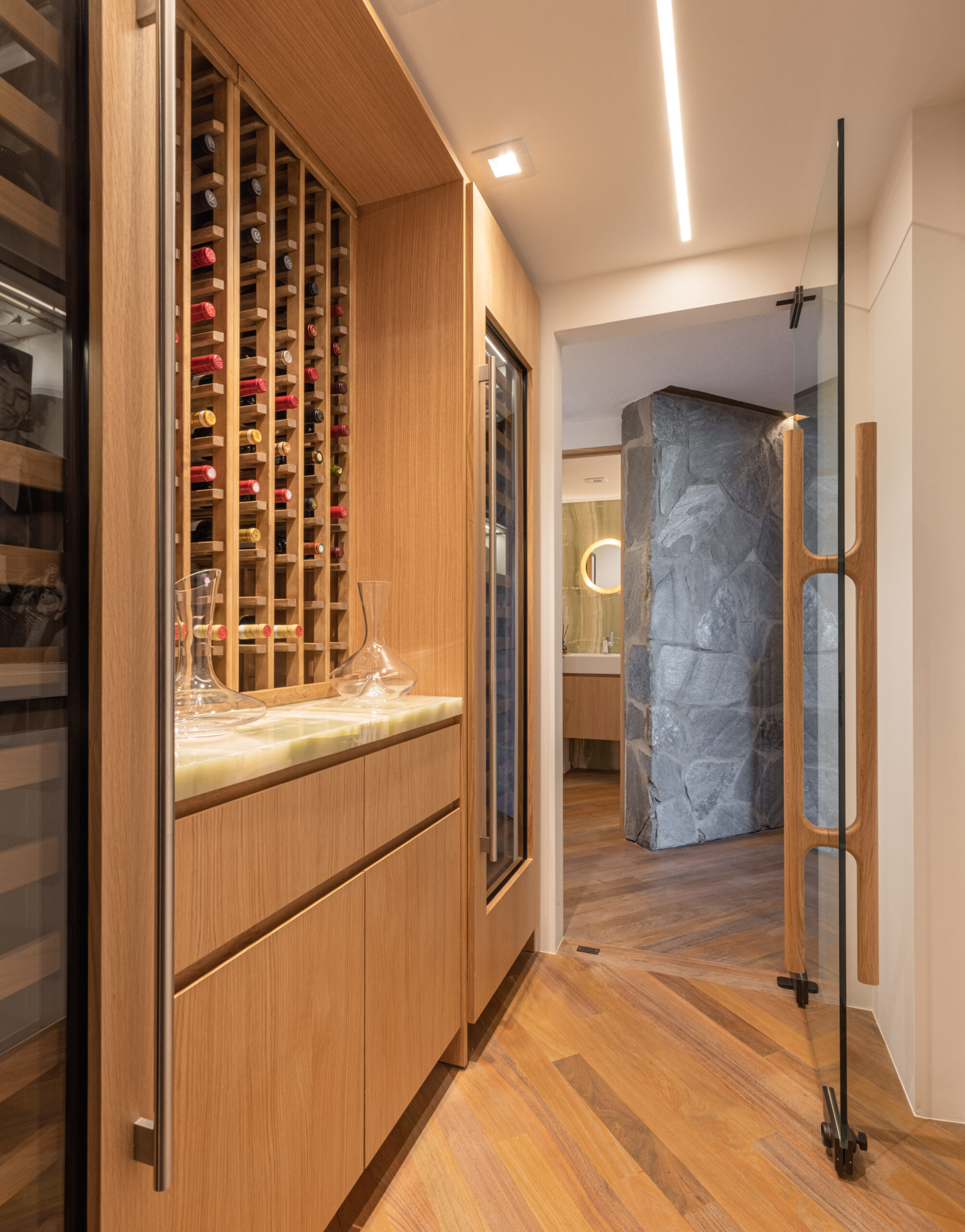 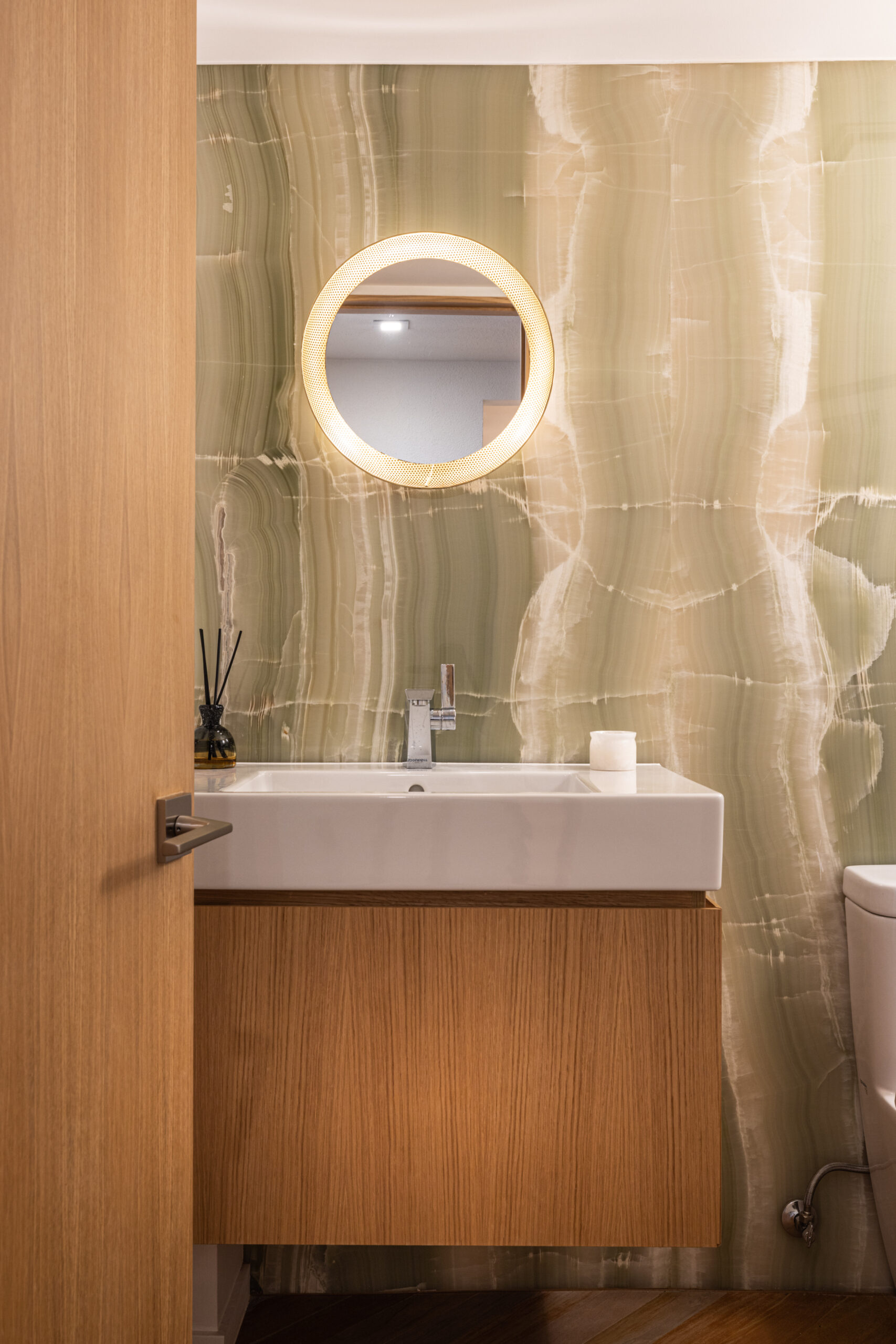 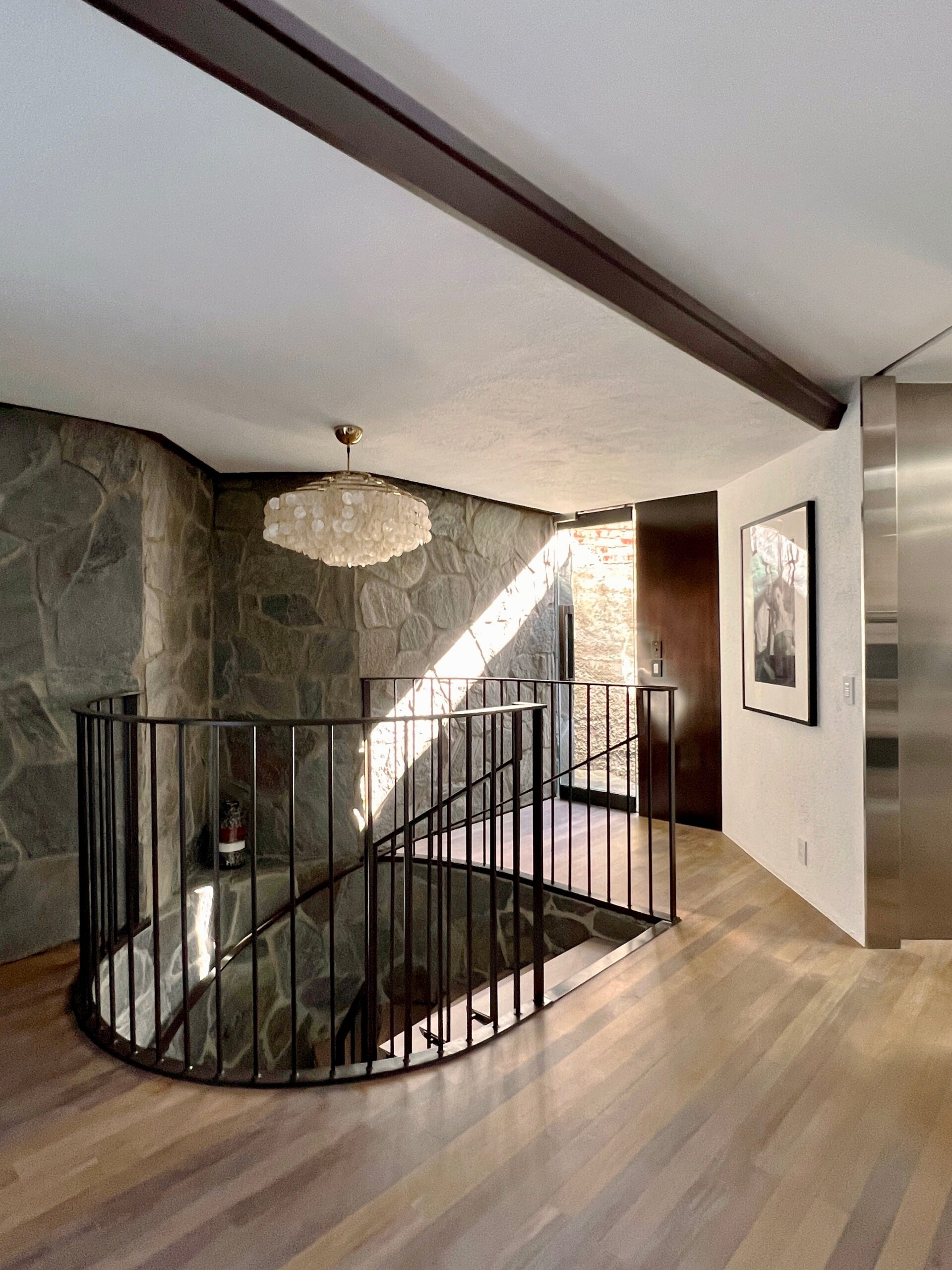 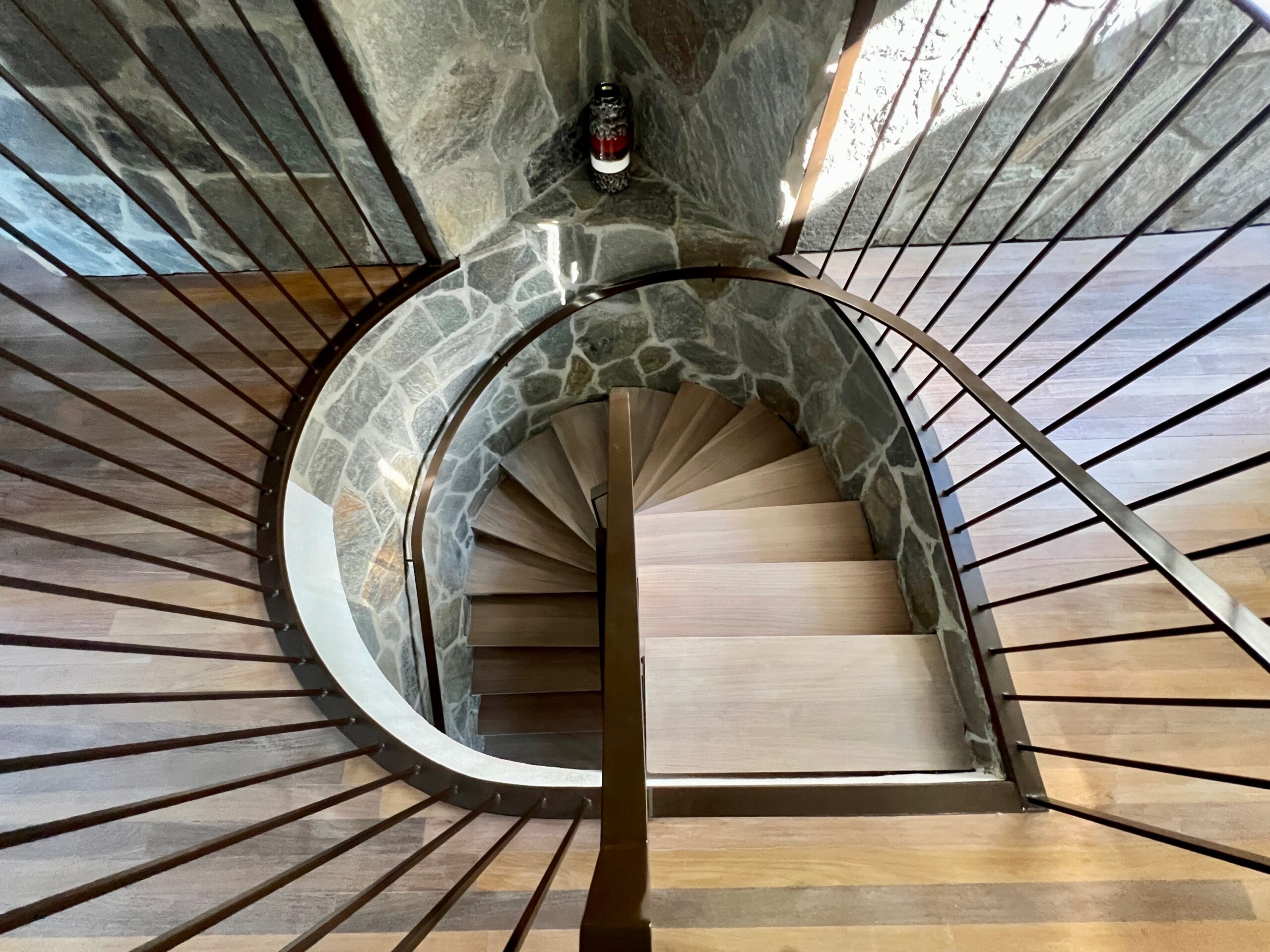 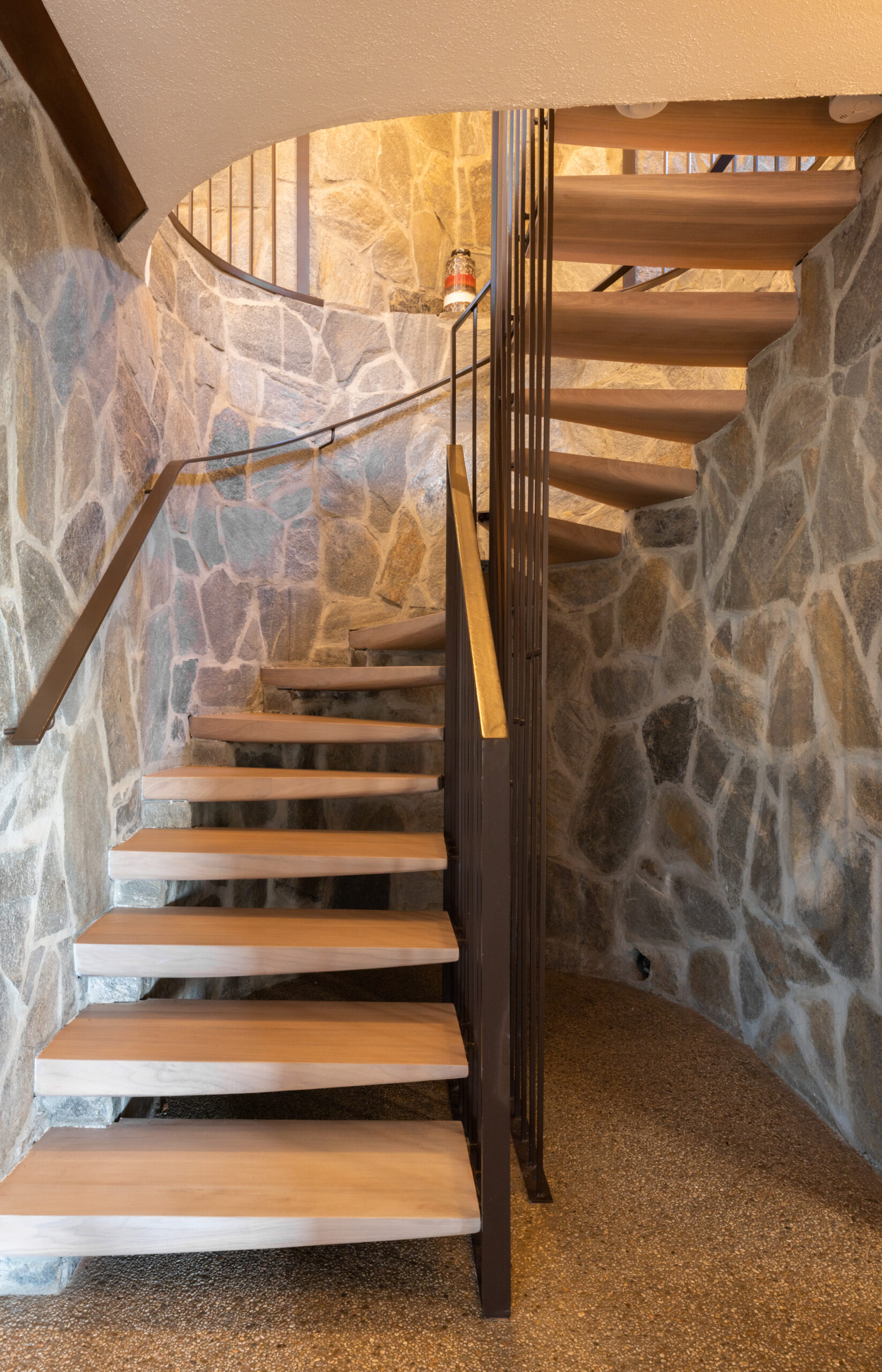 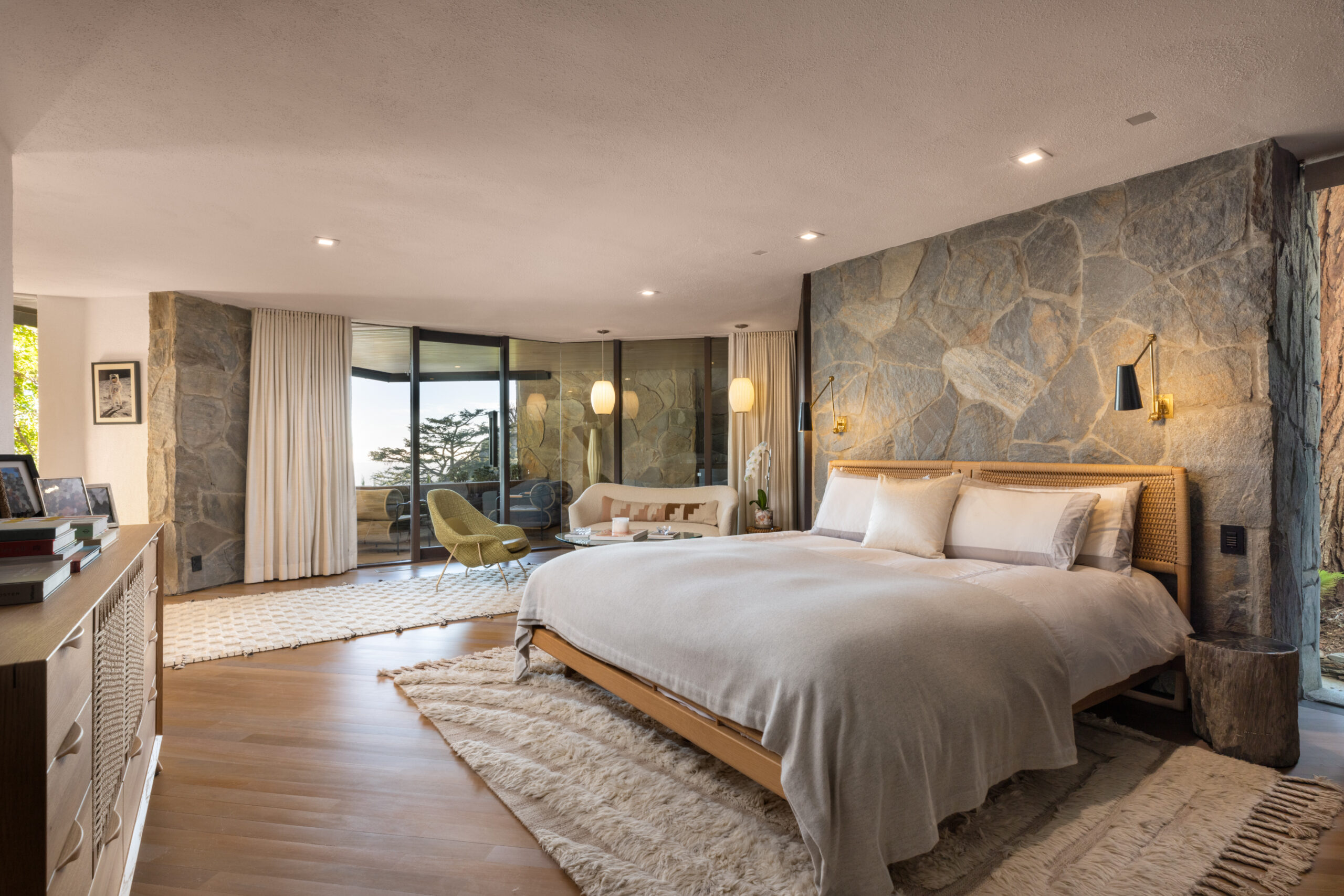 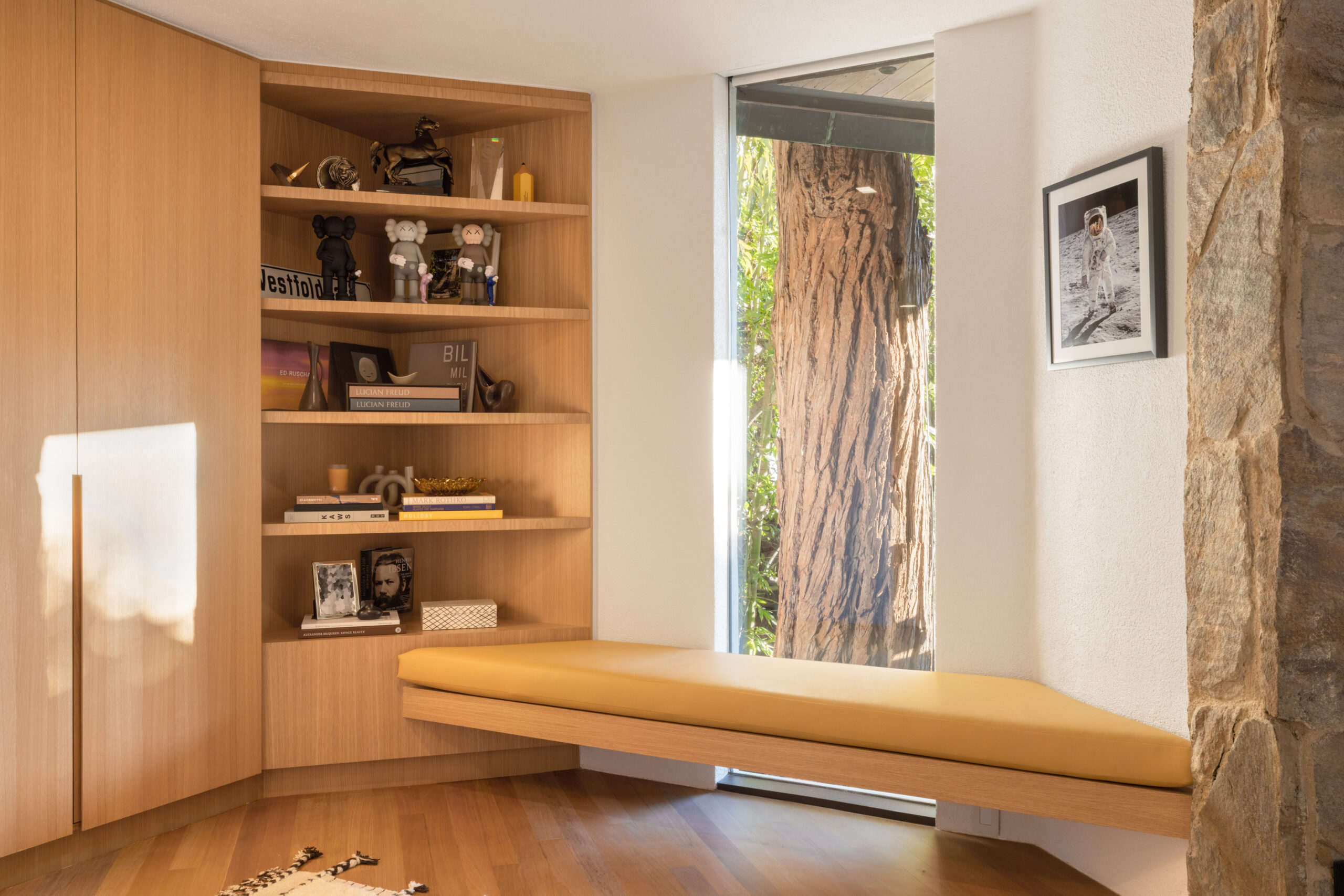 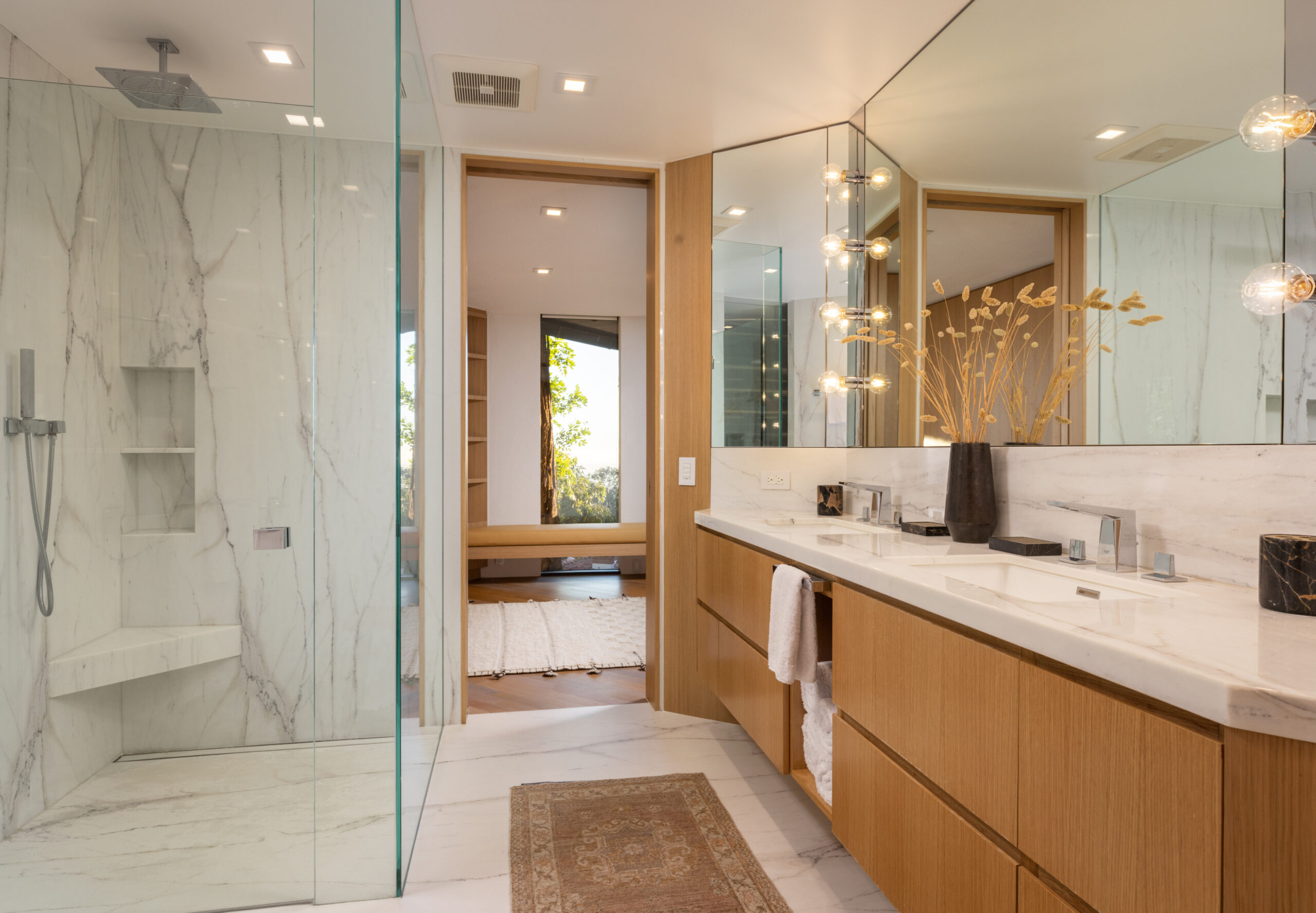 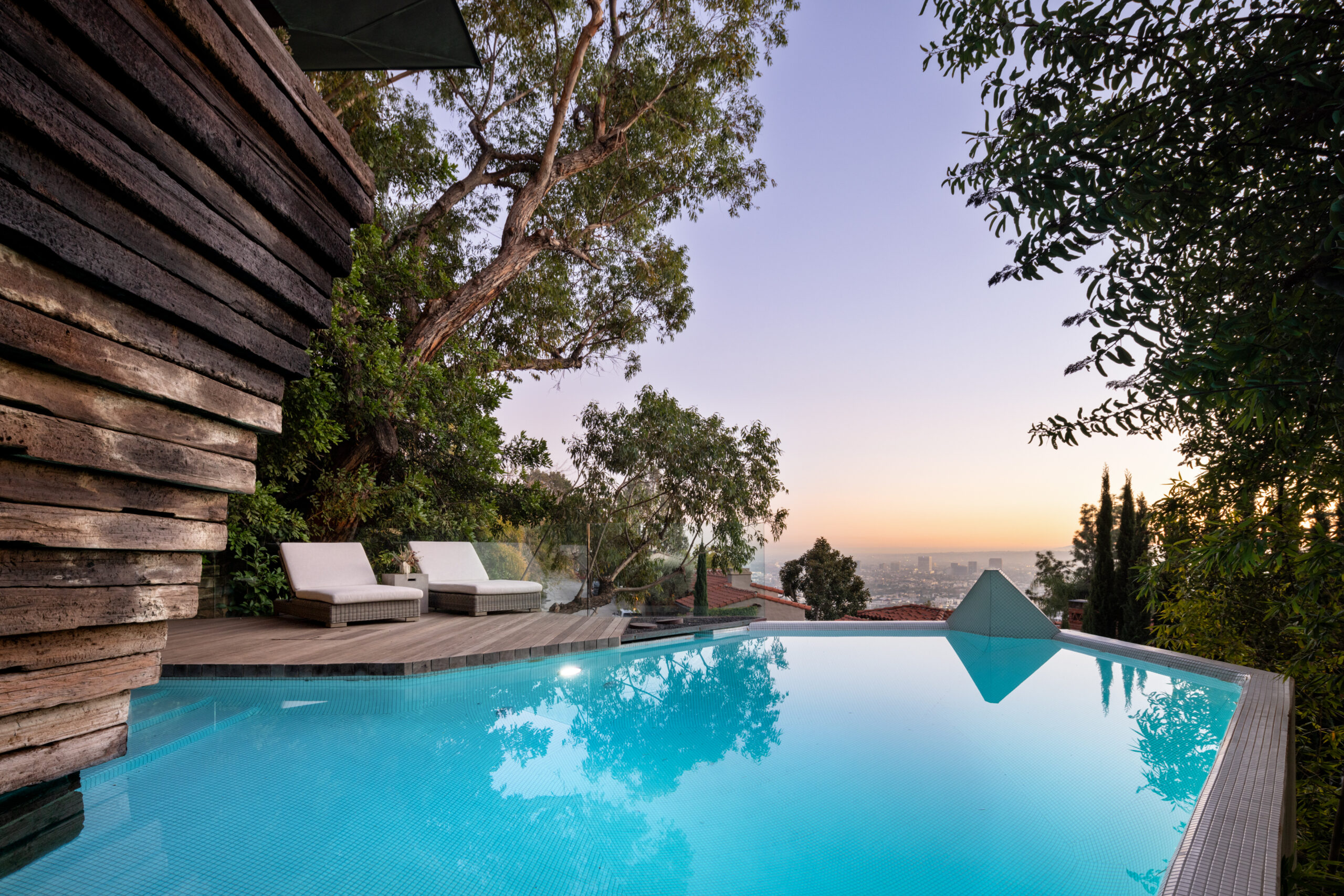 In 1961, on a steep hillside lot in West Hollywood, John Lautner designed a stunning home for the concert pianist and interior decorator, Marco Wolff. A guest house, also designed by Lautner, was added to the property in 1970, and the two structures were connected with a wide copper roof. Over the years, the house changed hands a few times, and minor changes were made – the kitchen was renovated with stainless steel cabinetry; the staircase was moved from the center to the back of the main house. The home was designated a Historic Cultural Monument in 2006, and in 2019, it was purchased by the film director, Joachim Rønning, and his wife, the philanthropist Amanda Hearst-Rønning. The new owners approached us with the goal of preserving and retaining the integrity of the home, while at the same time updating it and making it comfortable for modern life.

In the main house, skylights in the kitchen which had been moved from their original positions and made smaller, were restored to their original size and place. The powder room was renovated, a sheet of green marble enlivening the space. What had been a large, unfinished storage room, became a sleek wine cellar. The circular stairway was updated to make it less precarious and to visually integrate it in a more seamless way. The primary bath restored the original layout, removing a deep sunken tub and replacing it with a glass-enclosed shower. Perhaps most notably, a floor to ceiling window was added to the primary bedroom, bringing in much needed light and expanding the views of trees and the city below.

In the guesthouse, a gym and extra bedroom were created, where before there had been a steam room and storage area. All the renovations were guided by the idea of bringing back the original Lautner character and erasing later modifications.

The home was furnished with a collection of pieces selected to evoke the era in which it was built, and to act as a backdrop for the owners’ artwork and collections. Vintage finds, such as the extra-large Italian brass and bubble glass chandelier, which had been made for use in a church in Holland, were sourced from around the globe. Other selections, such as the rough-hewn dining room table, were custom-made to fit the unusual dimensions of the various spaces.