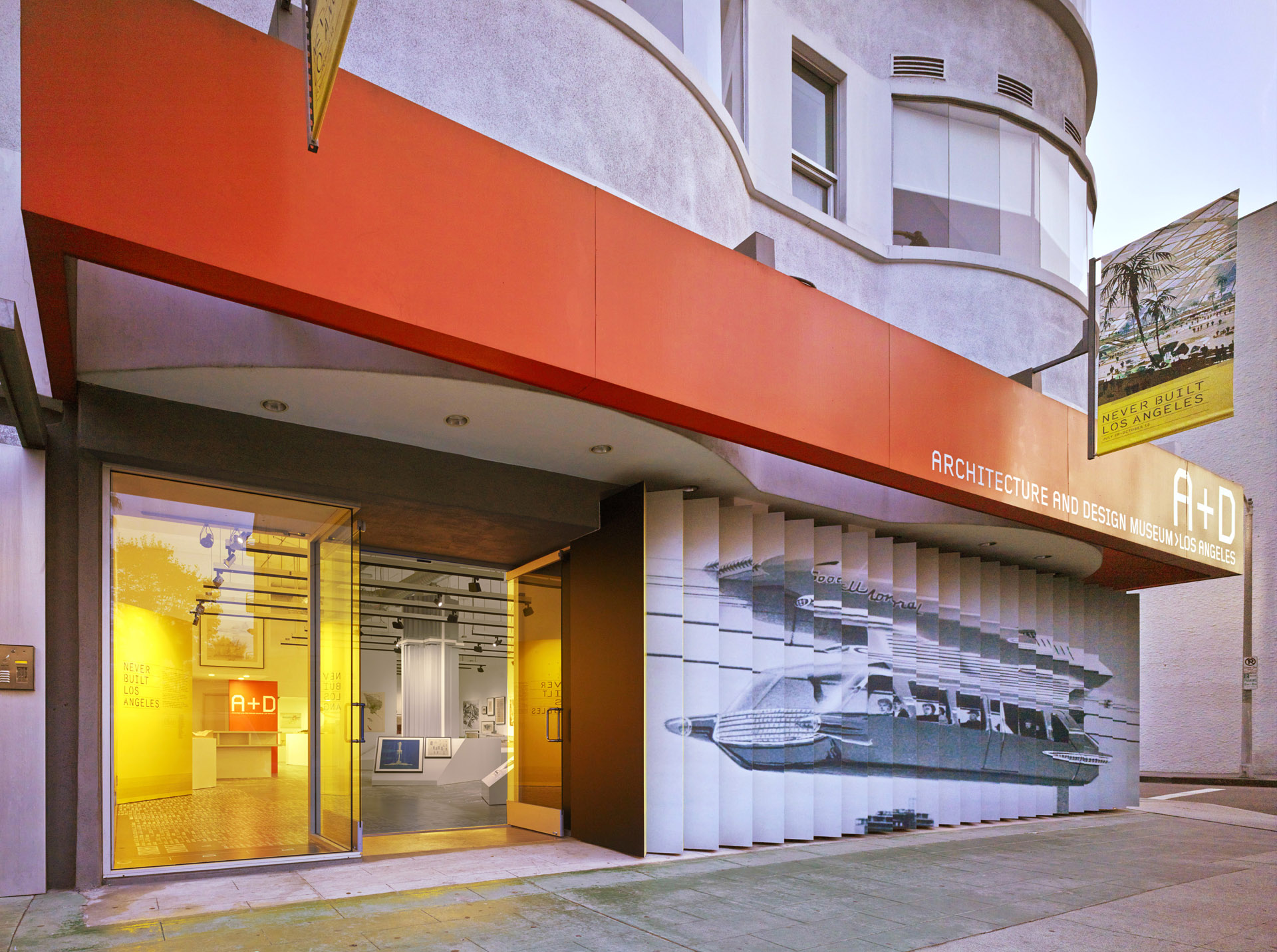 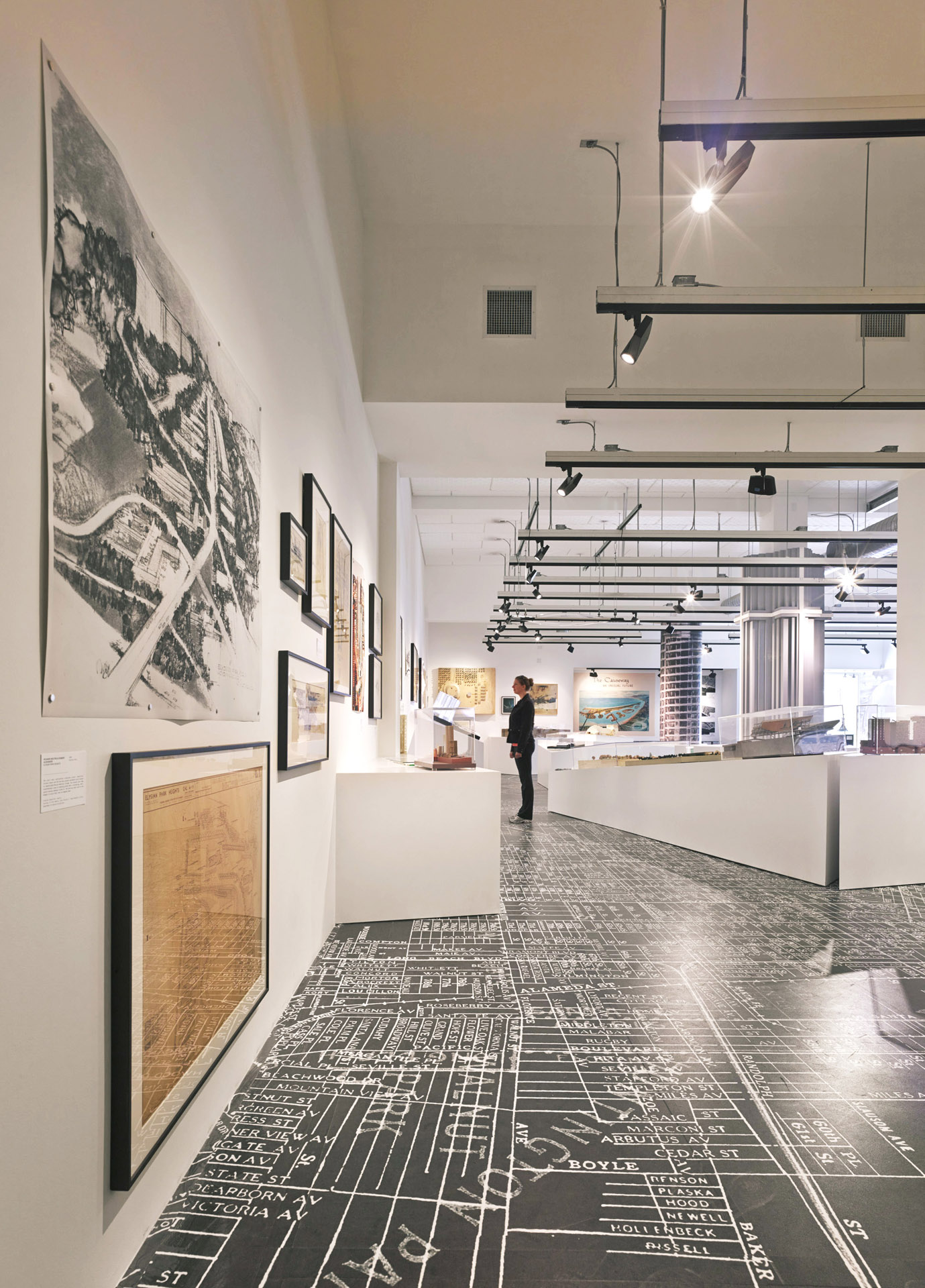 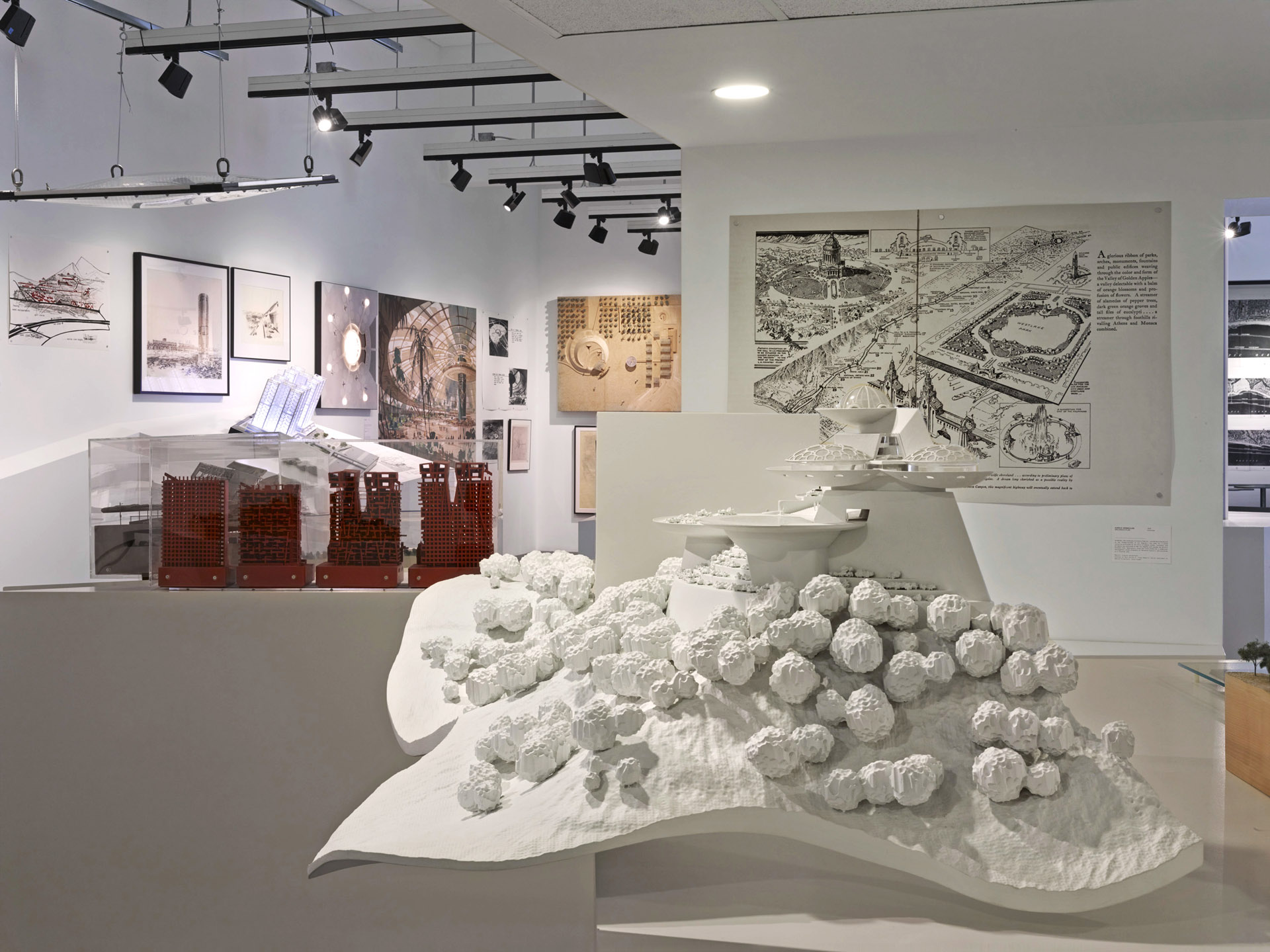 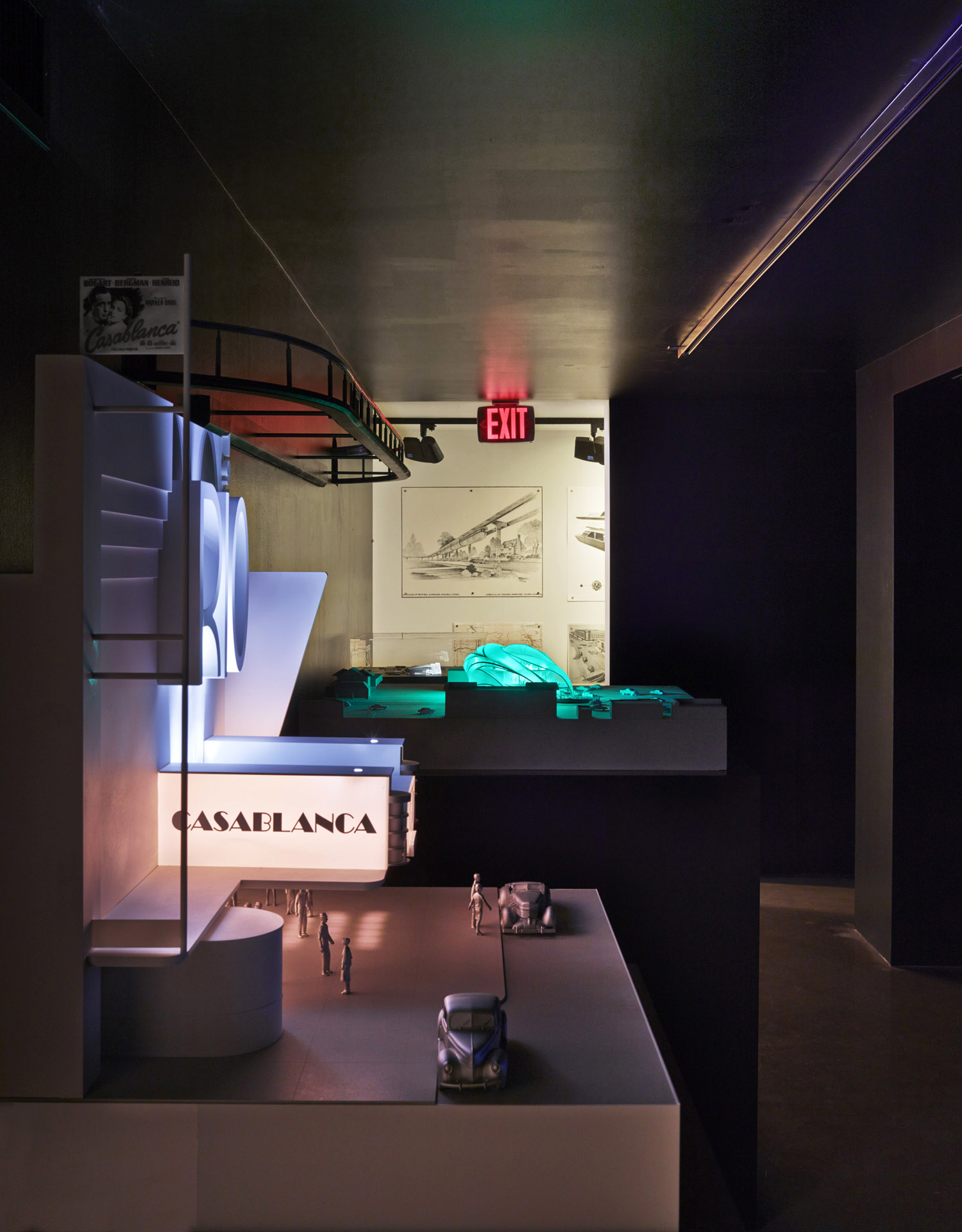 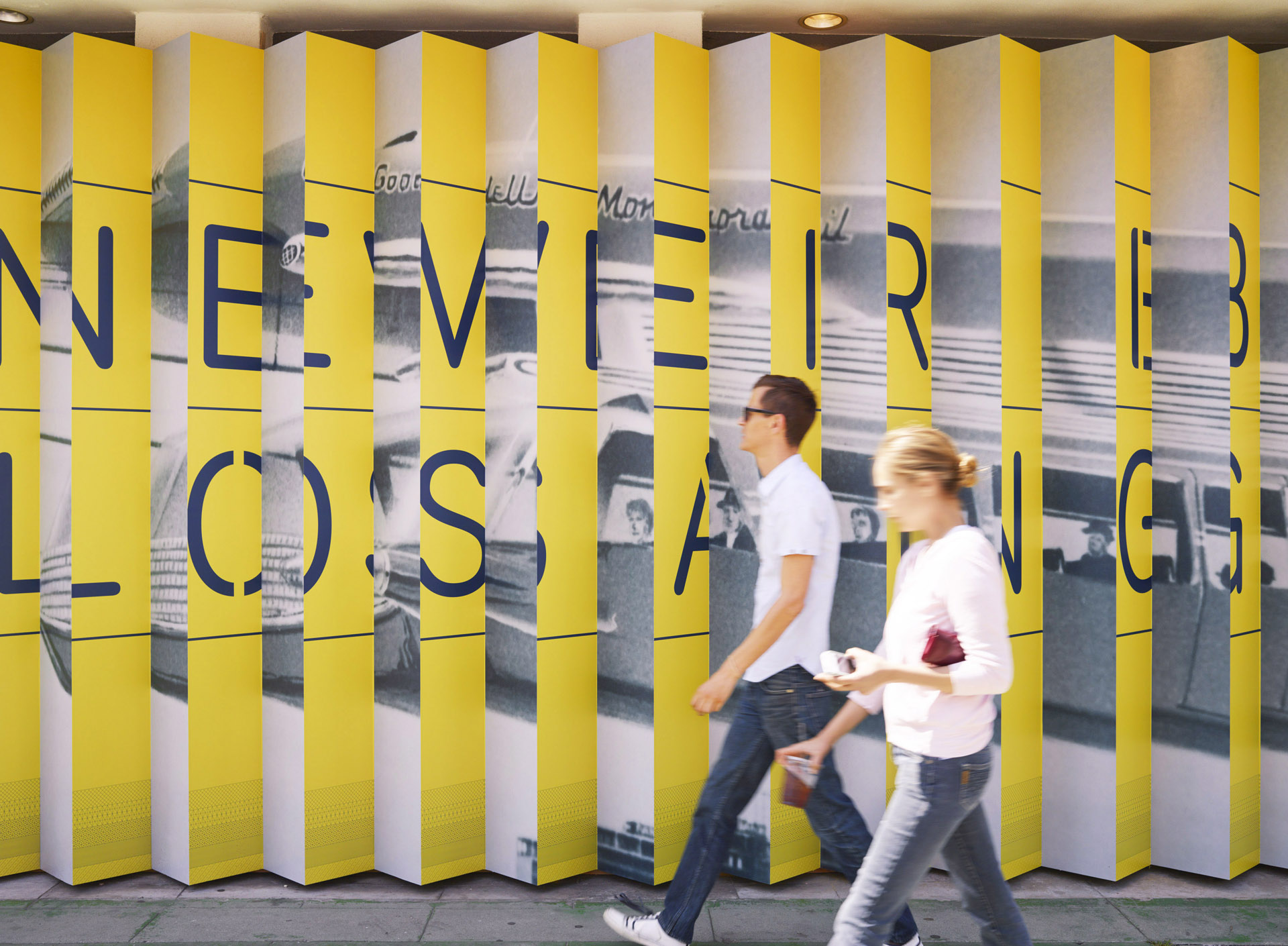 On behalf of the A+D Architecture and Design Museum, curators Greg Goldin and Sam Lubell tapped our firm to design their ambitious show aiming to present a thorough and extensive collection of architectural ideas that could have changed the face of Los Angeles but never came to fruition. The show needed to work on several different levels: it should do justice to the multiple stories behind each scheme, it should allow the viewer to engage in the context, it should convert the limitations of the 2500-square-foot museum space its advantage, and it should create a unified viewer experience.

We decided early in the process that the show would benefit from opening up the museum space and allowing the exhibits themselves to animate and embellish the space. Grounding the context of Los Angeles as an experimental platform, the museum floor was covered with a 1928 map of the city, approximating to the chronological midpoint of many of the schemes. A series of low, irregular trapezoidal display plinths shaped the pathways through the show and provided the backdrop to support materials that can be viewed from above. As the historic exhibits required protection from daylight and UV damage, the museum’s glass storefront was covered with a large-scale lenticular, appealing to a notion of movement, technological and experiential innovation, and the car culture that has had such a role in the evolving the face of Los Angeles.