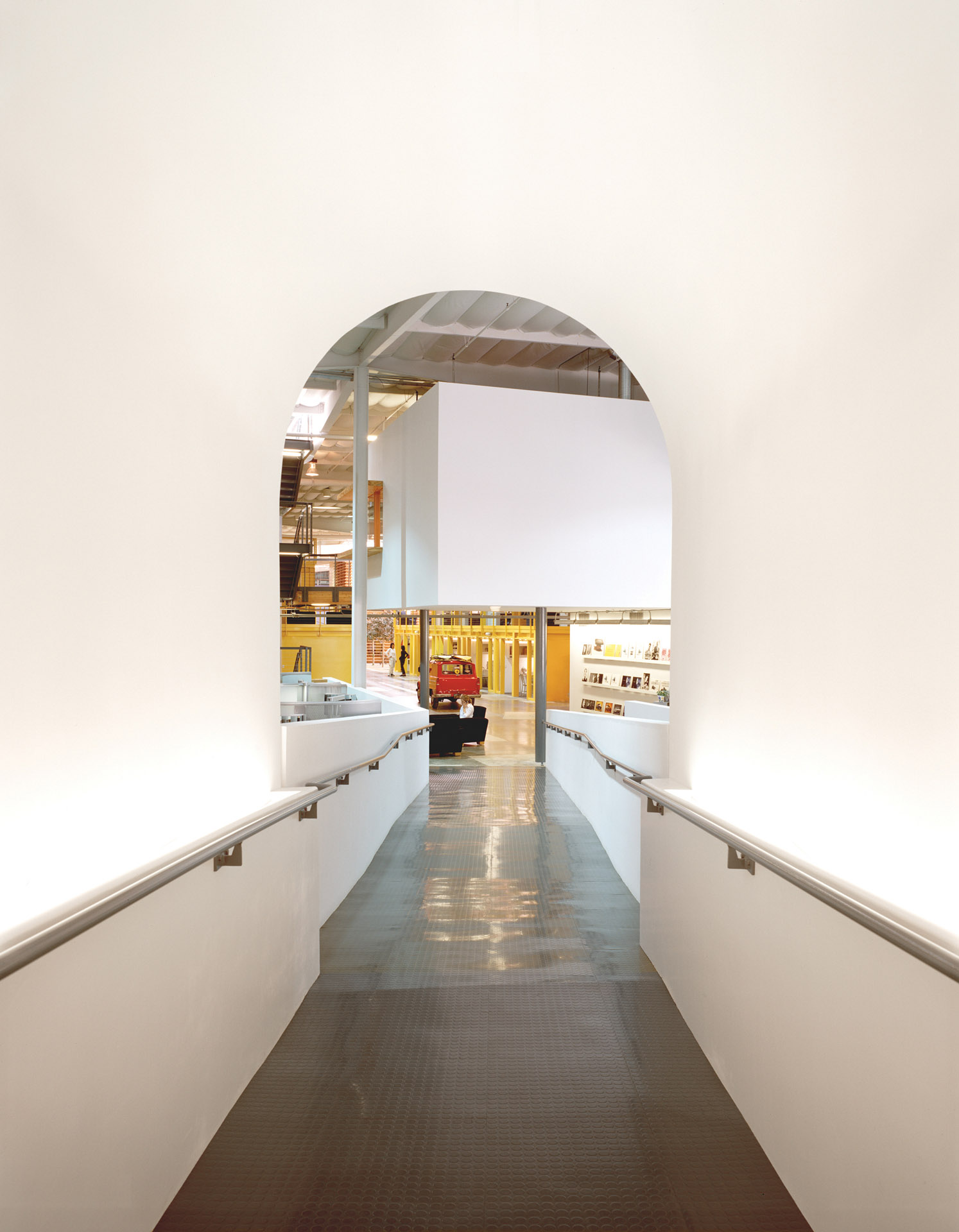 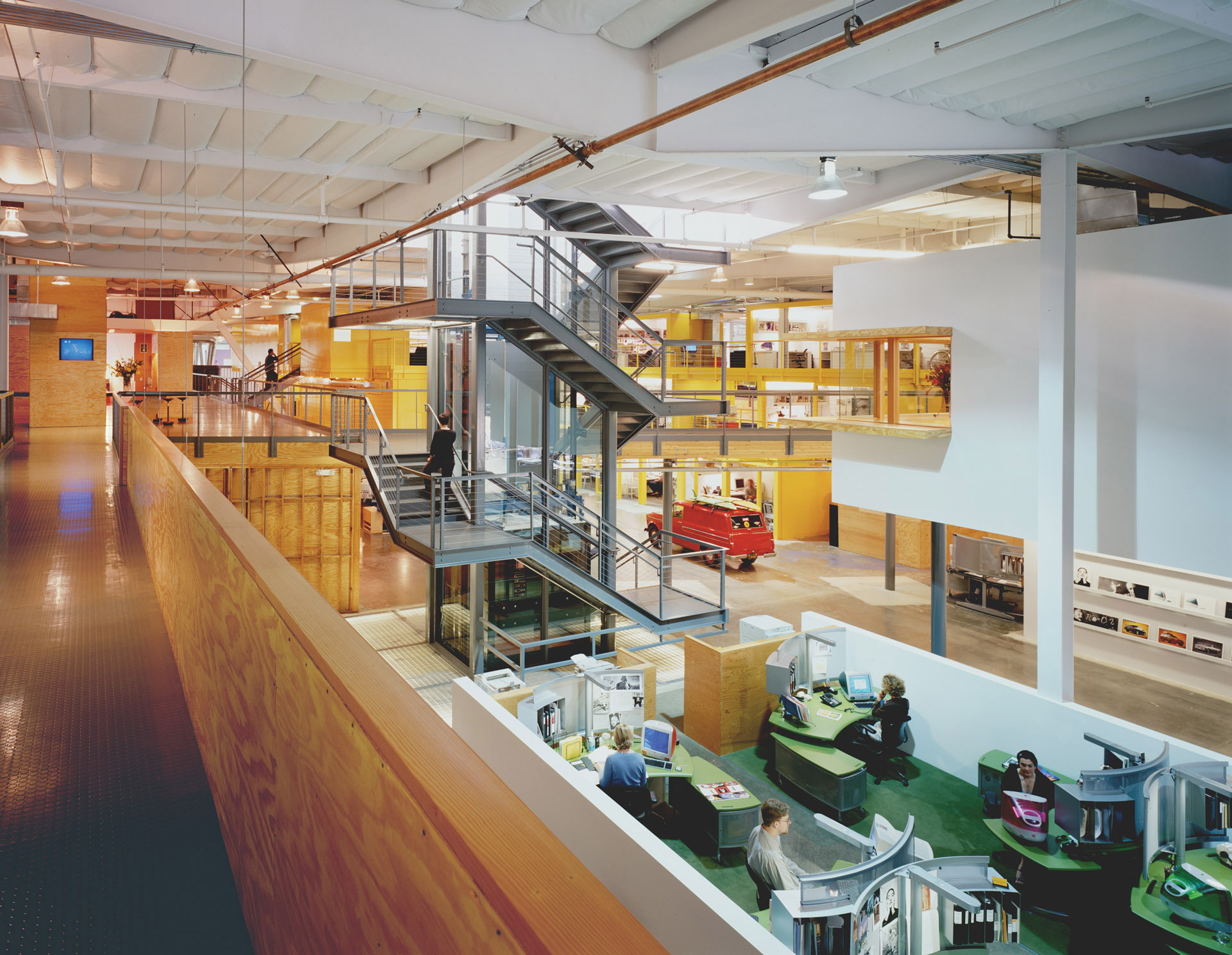 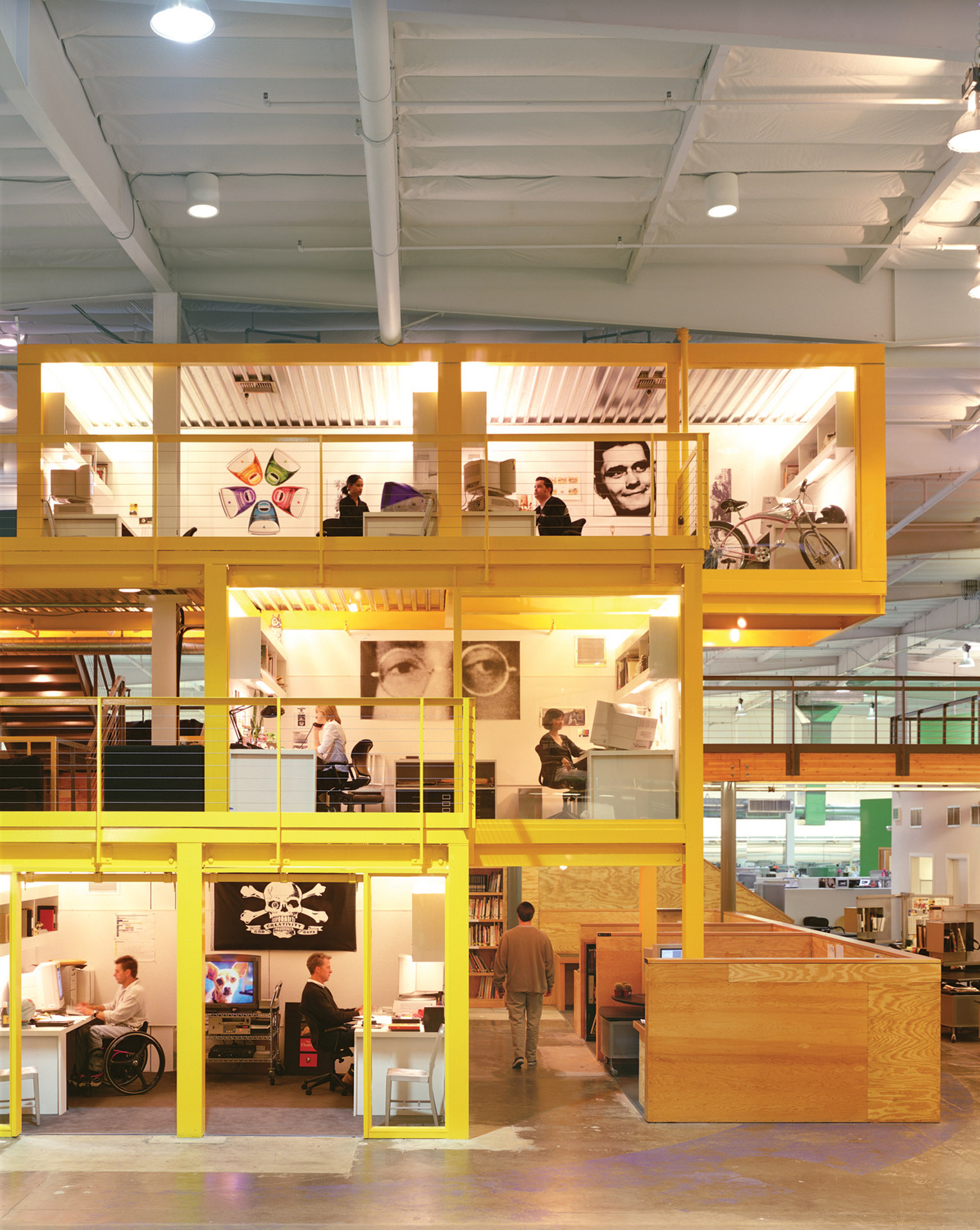 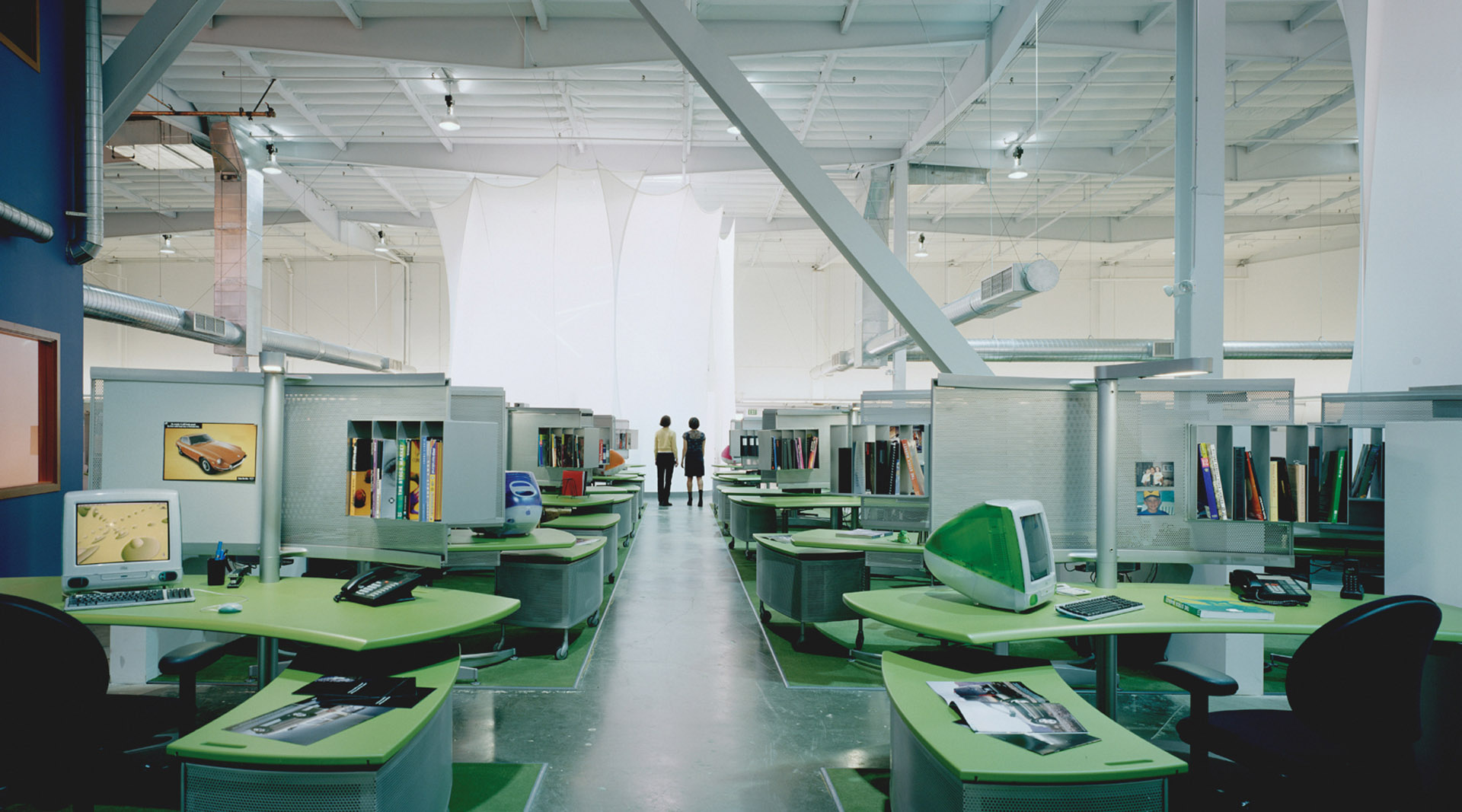 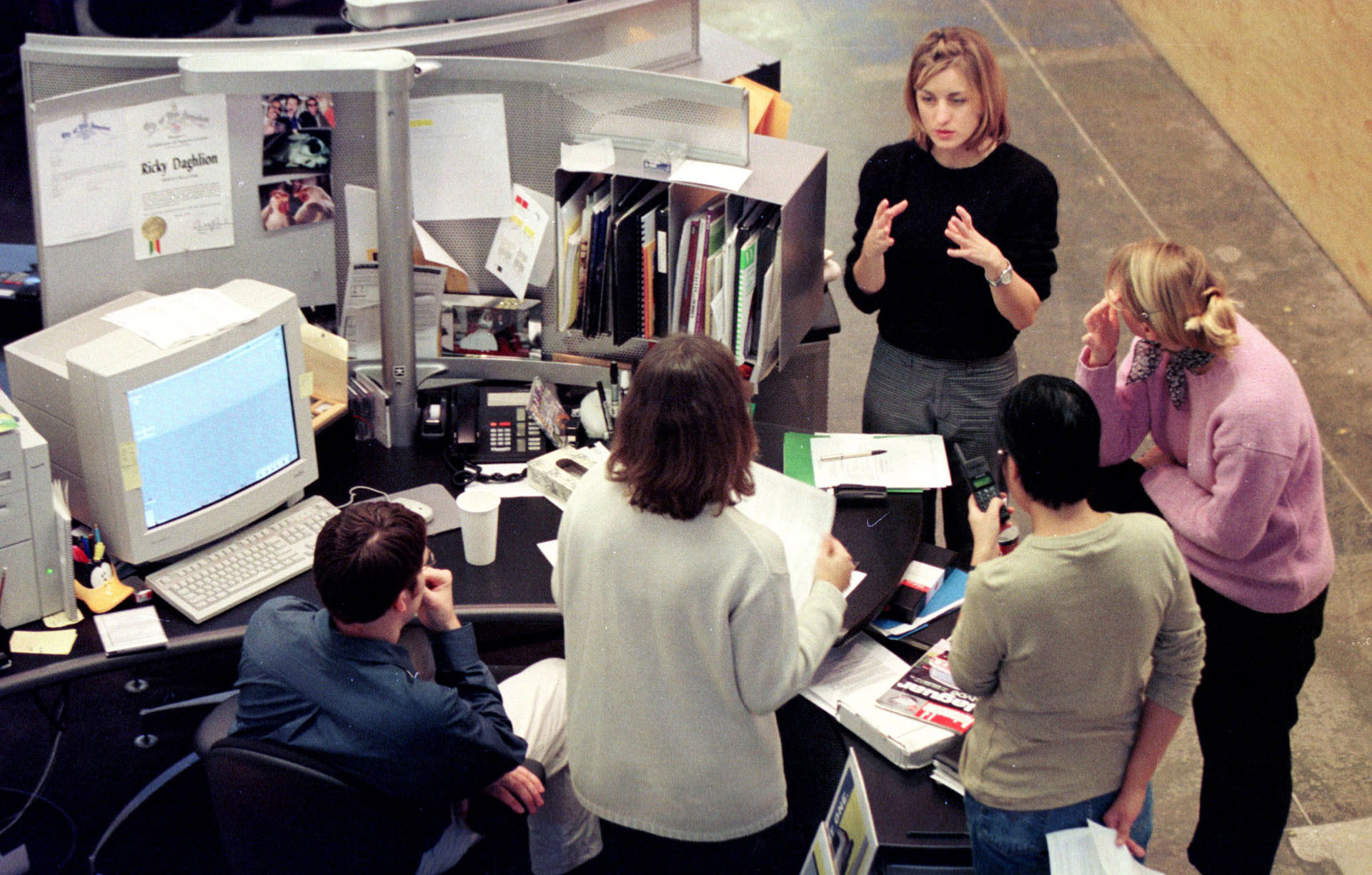 Having built radical office spaces with Frank Gehry and Gaetano Pesce, the global ad agency TBWA\Chiat\Day commissioned Clive Wilkinson Architects to design their new expanded headquarters in 1997. The 120,000-square-foot warehouse in Playa Del Rey offered the chance to consolidate the company in one space, as one creative community. The project became known as ‘Advertising City’ due to the rich urban character of the interior: it included a ‘Main Street’, a ‘Central Park’, a basketball court, billboards, work neighborhoods and a range of diverse structures accommodating meeting spaces, with tents for project rooms. The specially designed workstations, called ‘Nests’, were manufactured by Steelcase and won a 1999 Neocon Gold Award for product design.

The plain exterior warehouse was animated with the addition of a gatehouse structure, which defined a forecourt and was connected to the building by tube bridges. Entering the ‘city’ through these tubes emphasized the feeling of entering a different world. The project won ten design awards including a national AIA Honor Award, and launched the practice into international work. It set a new benchmark in office design for the way it merged lifestyle and recreation opportunities with an open business-focused architecture.