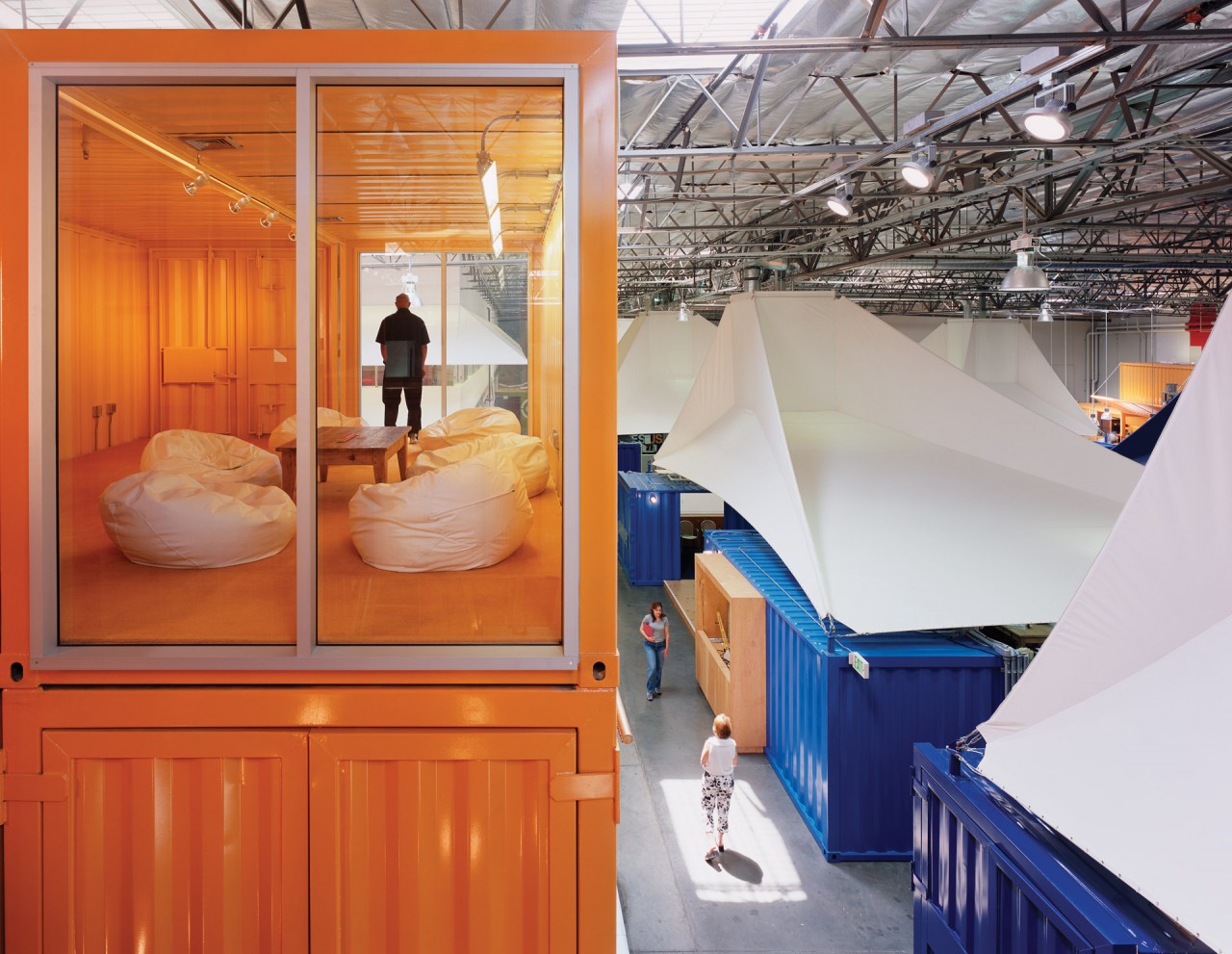 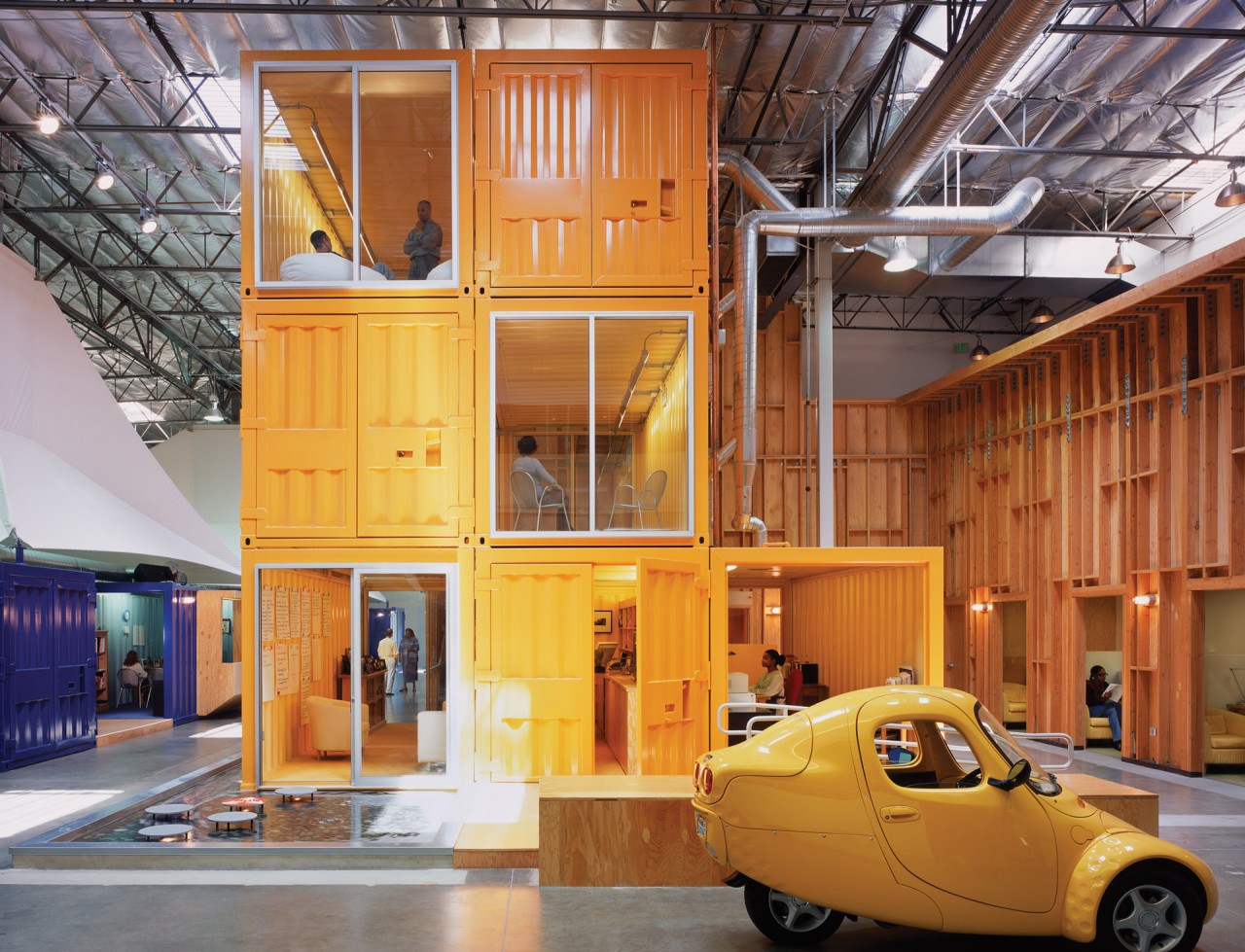 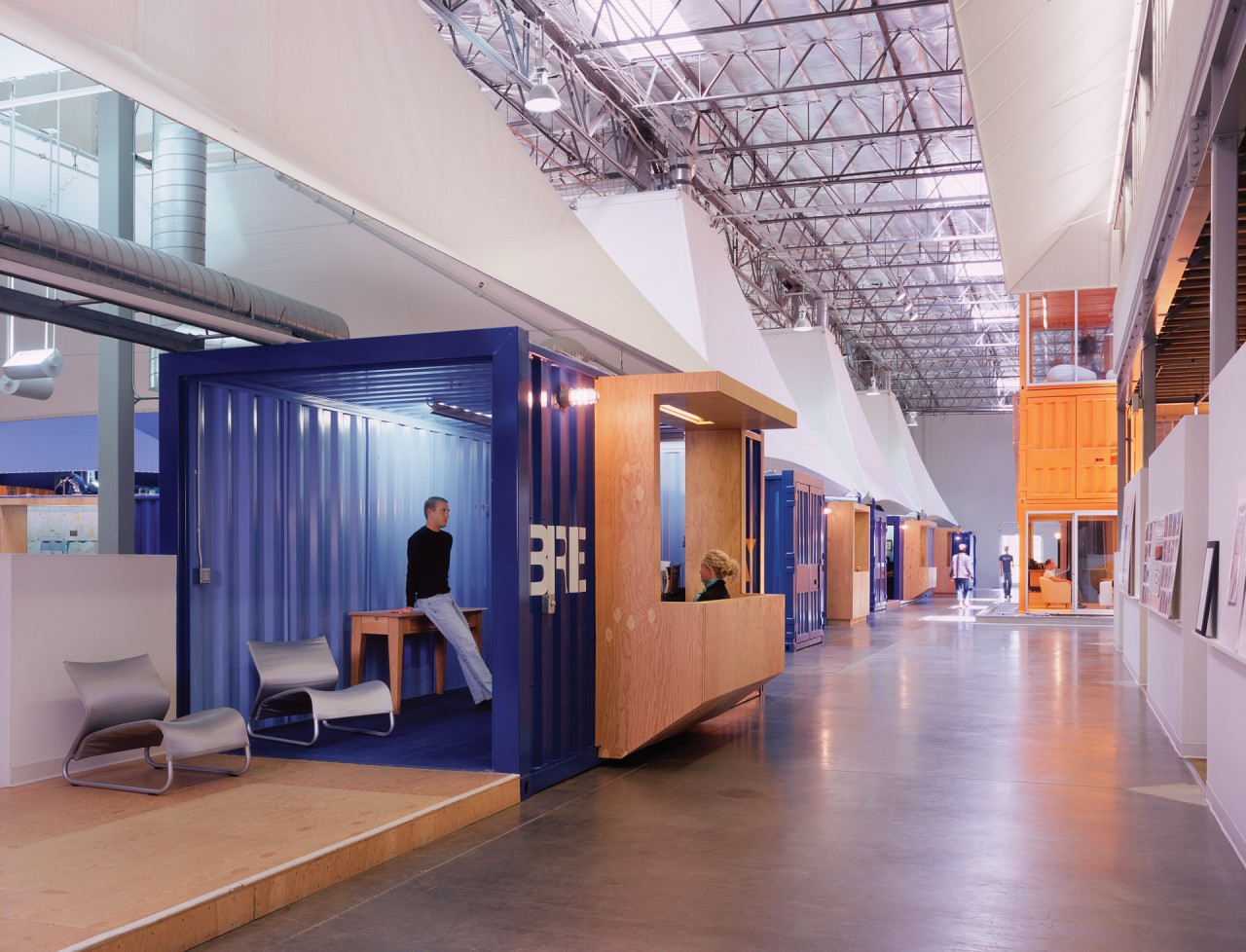 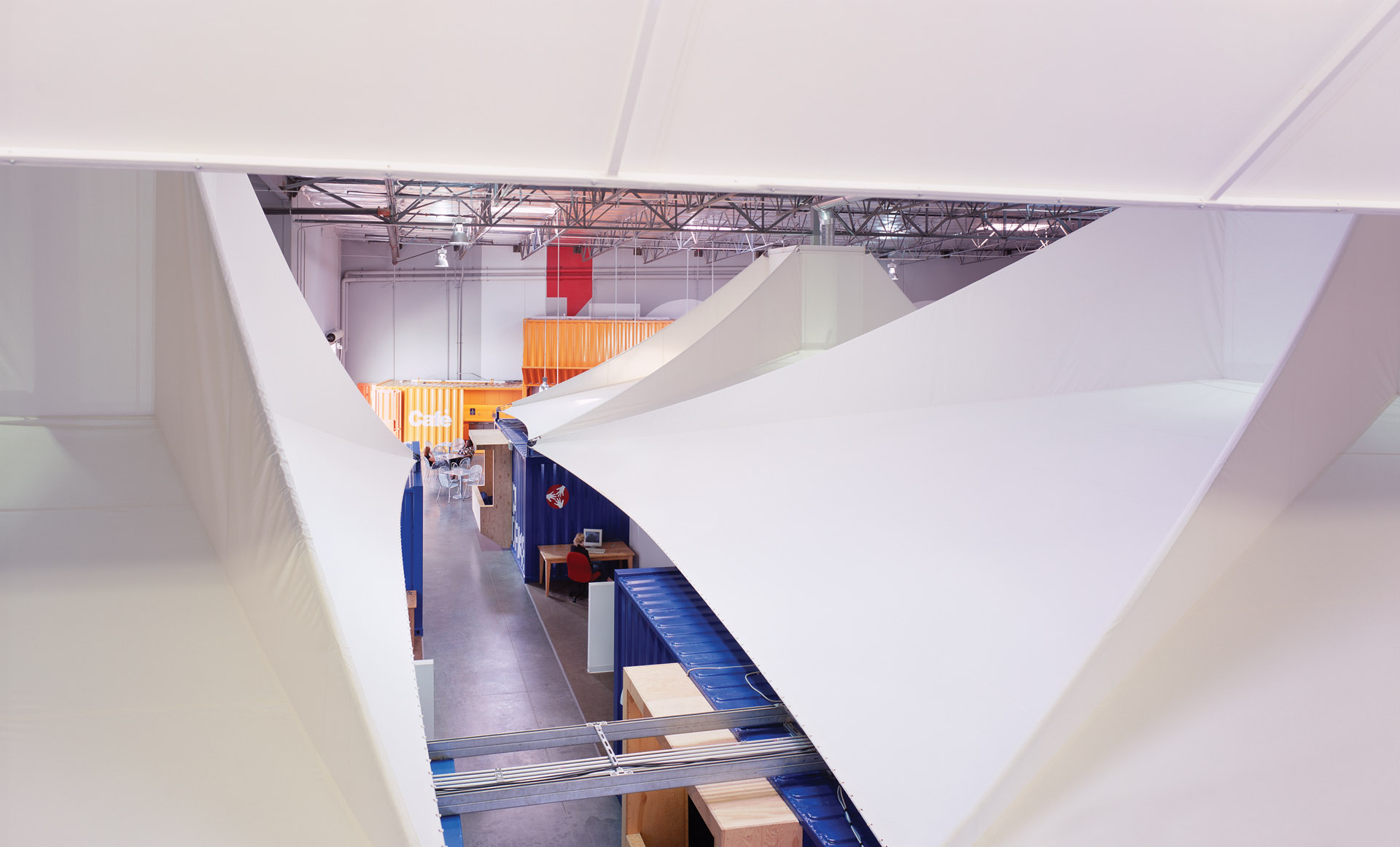 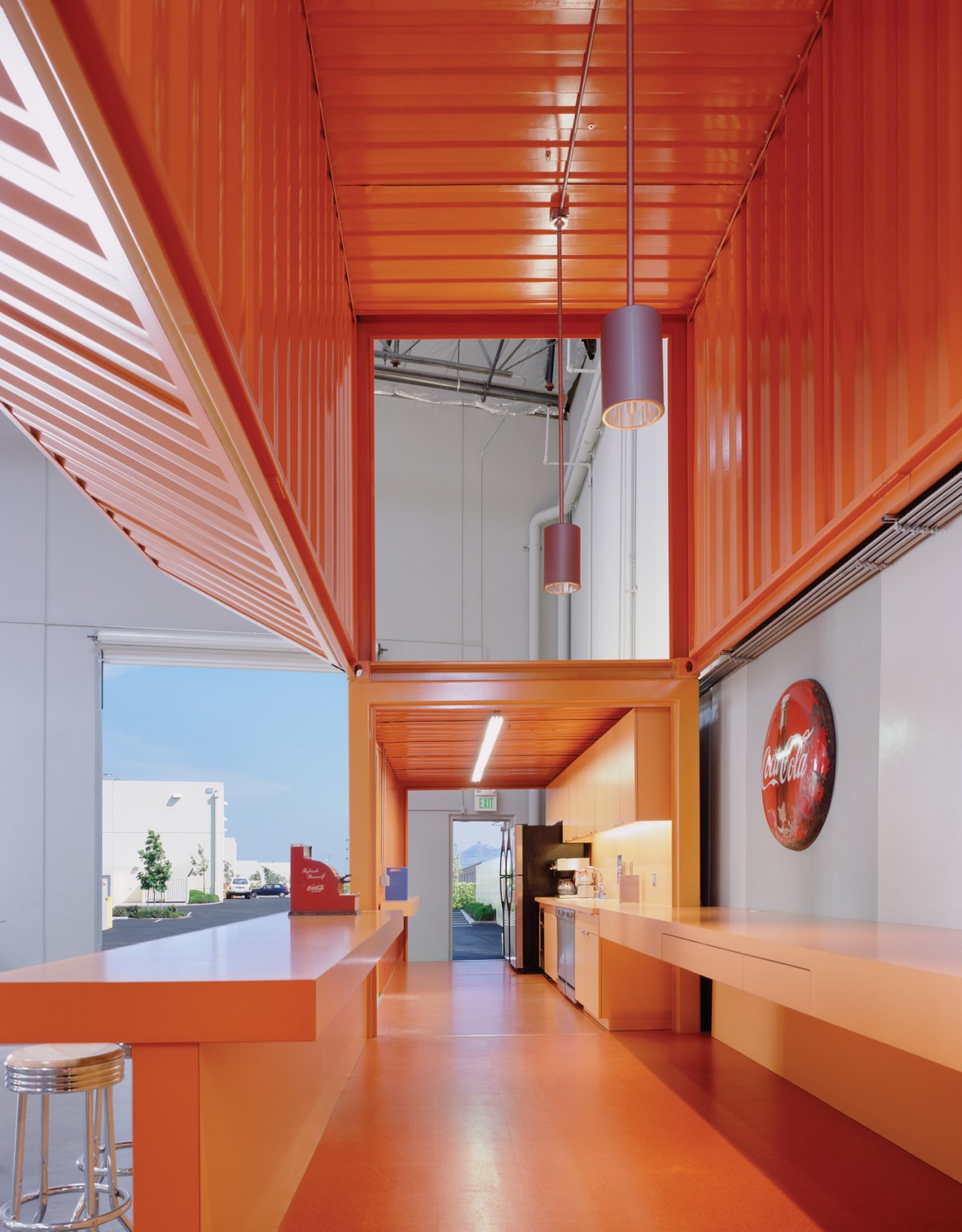 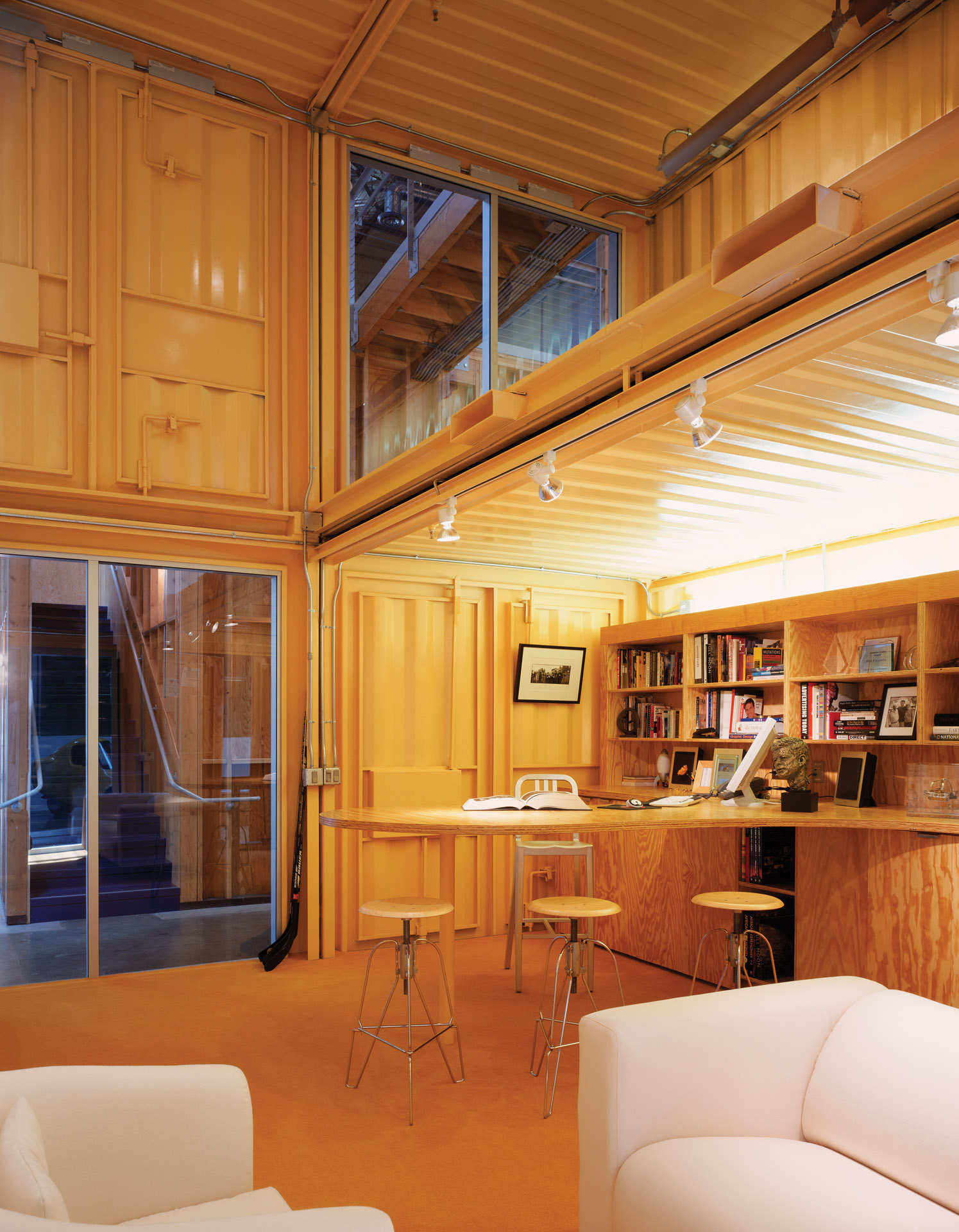 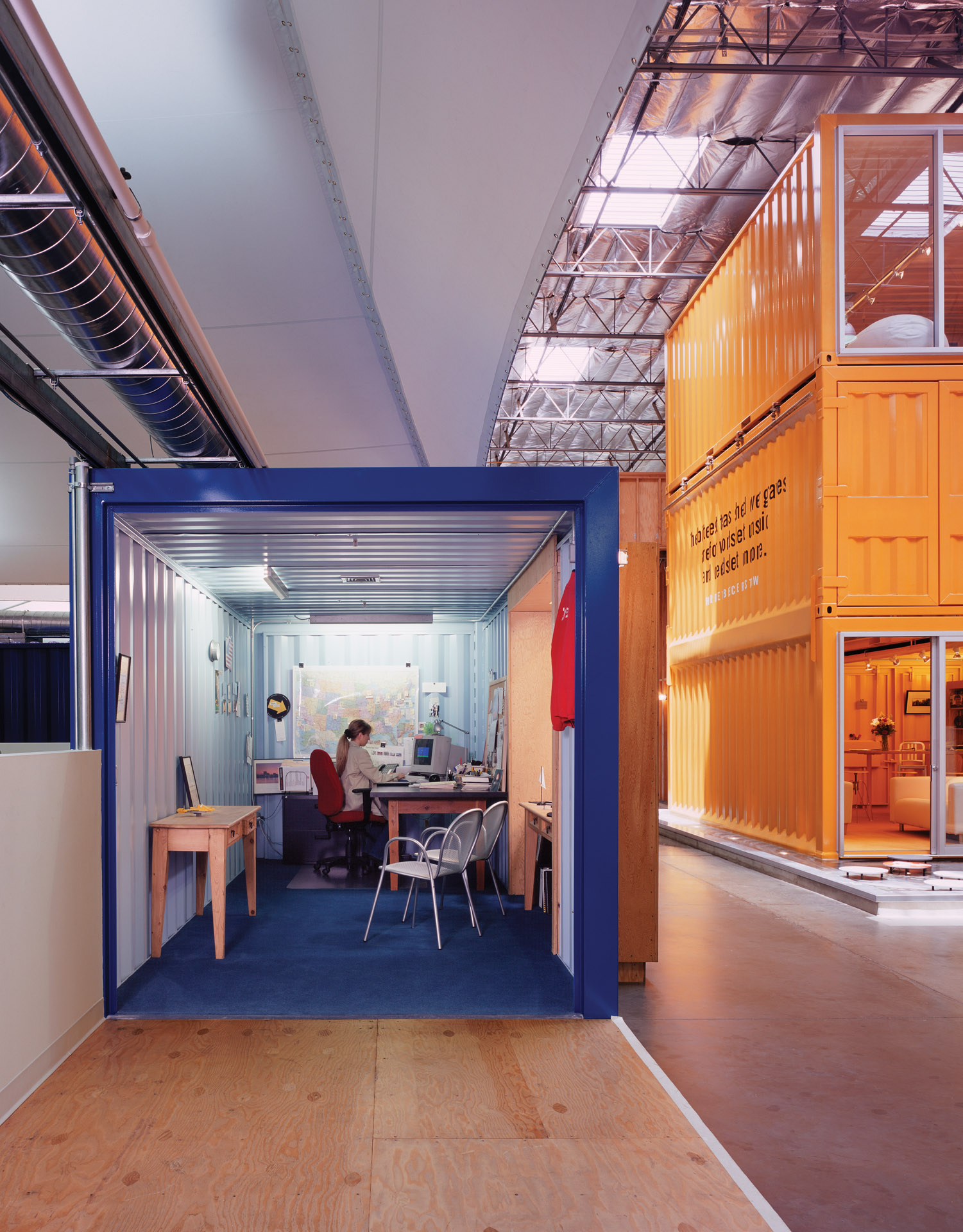 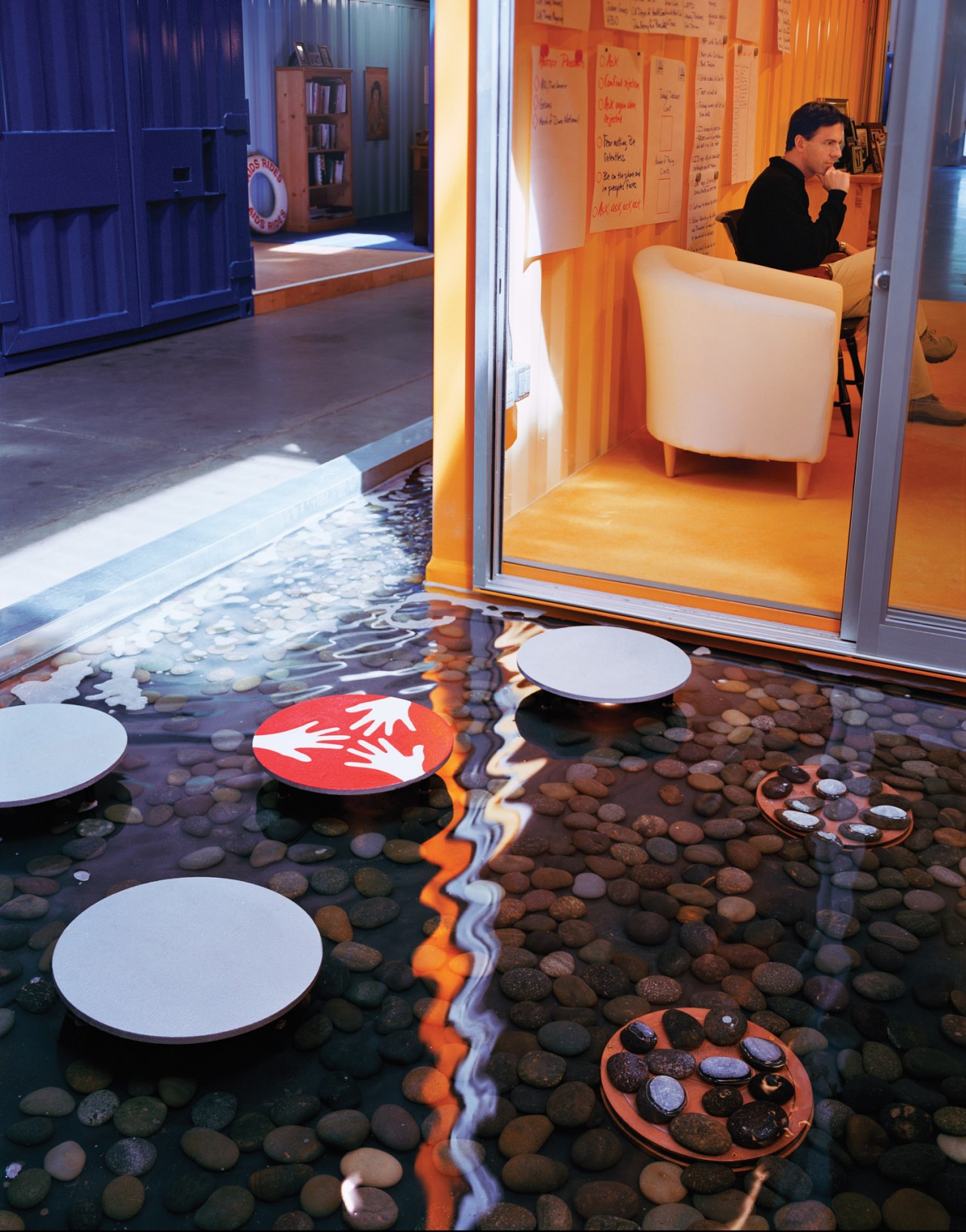 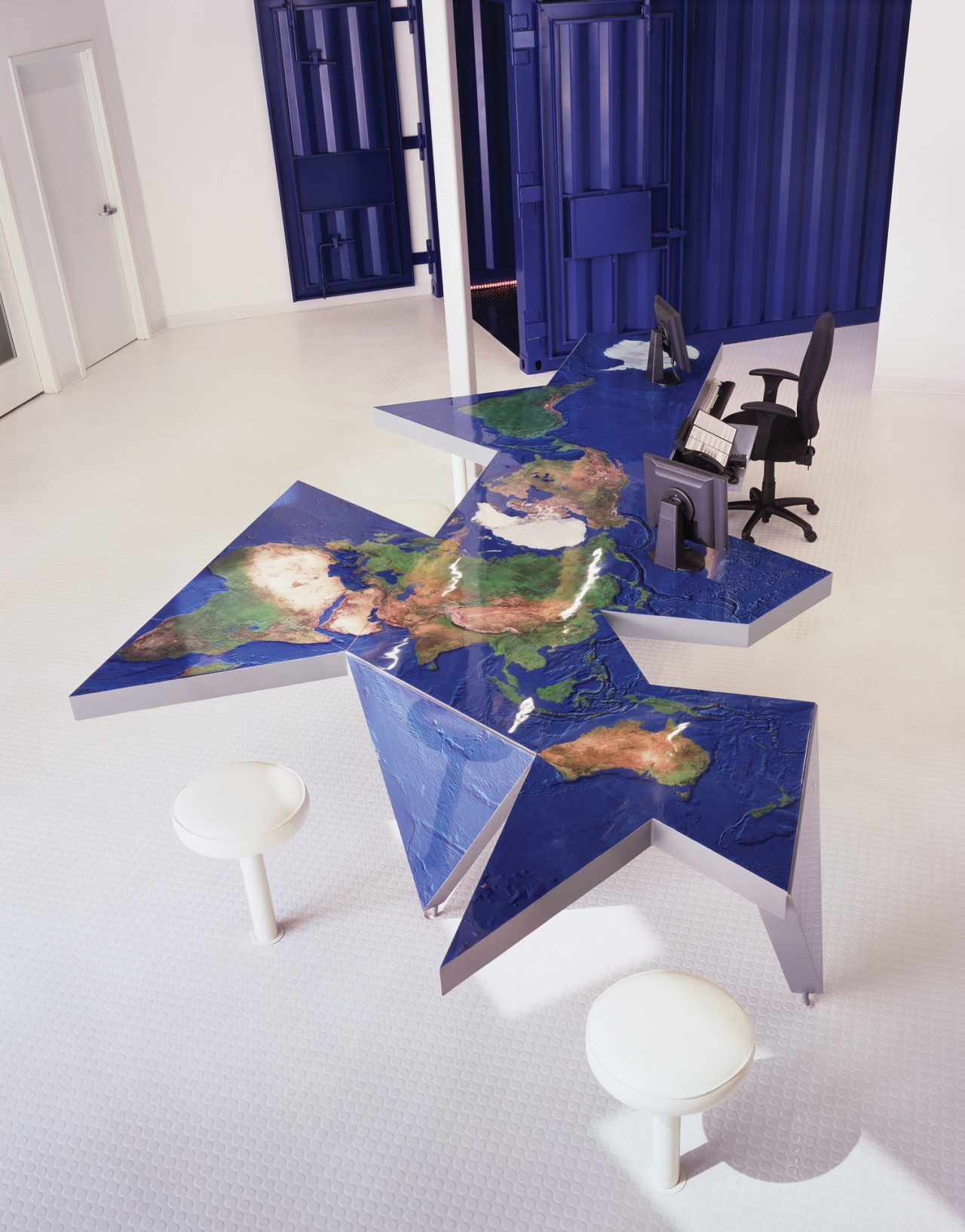 A growing American charity event company, Pallotta TeamWorks, approached the firm with a challenging proposition: to create an inspiring new headquarters for them in a raw warehouse with a shoestring budget. After a preliminary budget analysis, it emerged that they had insufficient funds to even air-condition the space.

This tight constraint led to a concept of locating the client’s work areas in air-conditioned ‘breathing islands’ loosely enclosed in tents, within the unconditioned warehouse. All infrastructure was analyzed for optimum distribution paths and minimal structural alteration. To further save money, shipping containers acted as both private offices and the corner anchors for the tent structures. The resulting project generated considerable savings in use over conventional office build-outs and reinforced the client’s message of promoting responsible, sustainable ways of living on this planet. The project won several design awards, including a national AIA Honor Award.